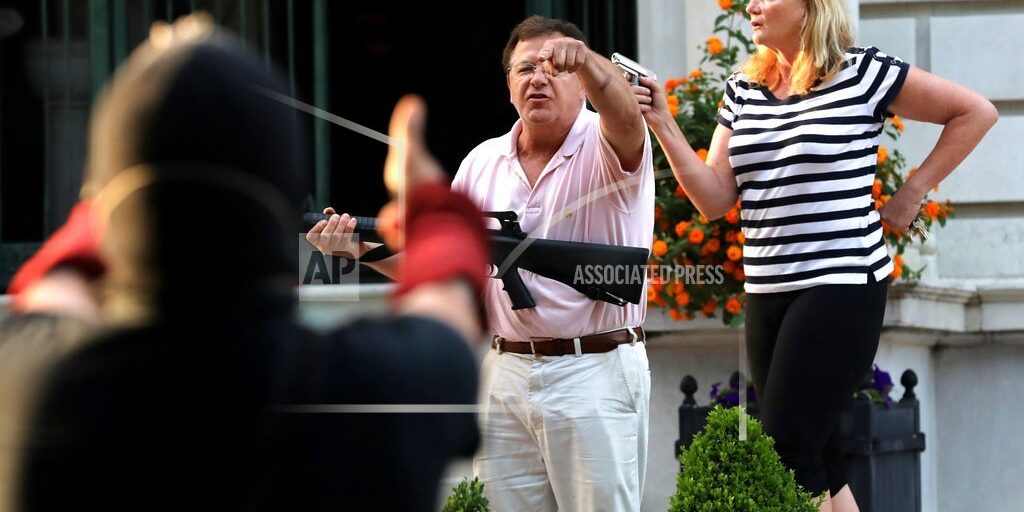 St. Louis, MO (AP) — St. Louis’ top prosecutor has charged a husband and wife with felony unlawful use of a weapon for displaying guns during a racial injustice protest outside their mansion. Circuit Attorney Kim Gardner announced the charges Monday against Mark and Patricia McCloskey, who are white. Both are personal injury attorneys and in their 60s. The McCloskeys’ actions during the June 28 protest drew praise from some who said they were legally defending their $1.15 million home, but scorn from others who said they risked bloodshed. Several hundred protesters were marching to the mayor’s home, just a few blocks away.