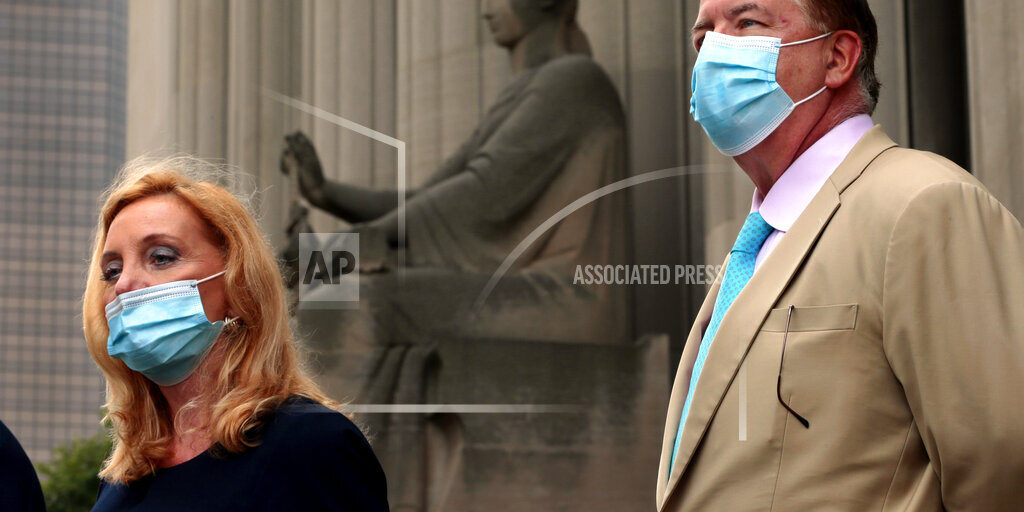 ST. LOUIS (AP) — The white St. Louis couple charged for waving guns during a racial injustice protest outside their home in June made their first court appearance on felony charges. Mark and Patricia McCloskey were in court briefly Monday morning and did not enter a plea. The judge continued their case until Oct. 6. After the hearing, the McCloskeys’ attorney, Joel Schwartz, said they are innocent of any wrongdoing and they look forward to getting the case resolved. Several hundred demonstrators on June 28 veered onto the private street where the McCloskeys live. The McCloskeys emerged with guns and have said they felt threatened.