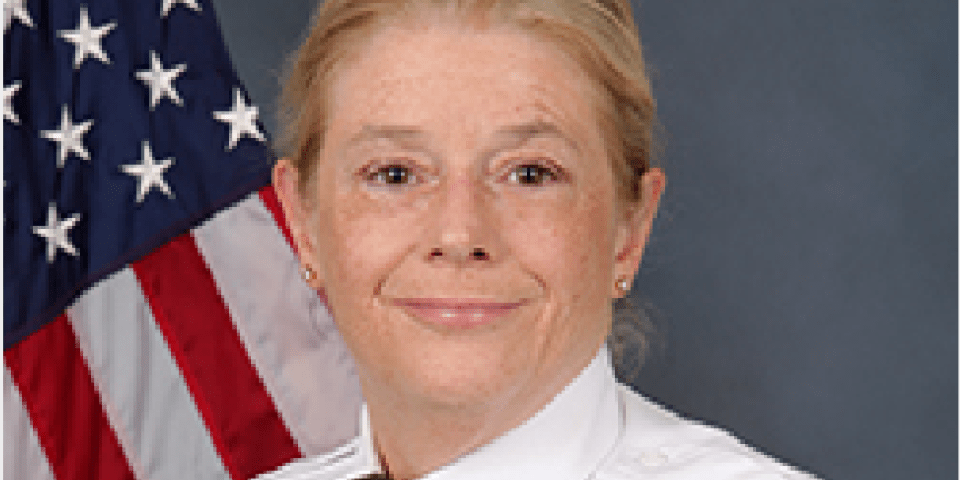 Since Chief Jon Belmar announced his retirement on February 10, 2020, the Board of Police
Commissioners has solicited public input to inspire the process of selecting the future Chief of Police for
the St. Louis County Police Department. Three “Listening Sessions” were held in North, South, and West
St. Louis County, where citizens could address the Board directly with what they believed to be the two
or three most important attributes the Board should consider in their decision-making process.
Ultimately, 45 speakers addressed the Board of Police Commissioners. While each speaker’s input was
unique and valuable, similar themes surfaced often. It was clear that the citizens of St. Louis County
wanted a trustworthy, experienced leader that values community and diversity.
After great thought and deliberation, the Board has selected Mary Barton as the individual who most
exemplifies these qualities and will best carry the St. Louis County Police Department in the future as
the next Chief of Police. Effective immediately, Captain Mary Barton has been promoted to the rank of
Lieutenant Colonel. Effective May 1, 2020, Captain Mary Barton will be appointed to the rank of Colonel
and will begin her tenure as the ninth St. Louis County Chief of Police. She will be the first woman to
serve in that capacity.
“The Board listened to the community, worked fast and hard to complete the selection process. The
Department needs consistent and steady leadership as it deals with COVID-19 and the other challenges
facing all police departments in this nation. The Board is deeply impressed with the professionalism and
personal qualities of the seven other applicants, and the entire Command Staff, especially Deputy Chief
Kenneth Gregory, Lieutenant Colonel Jeff Bader, Lieutenant Colonel Troy Doyle, Lieutenant Colonel
Bryan Ludwig, and Lieutenant Colonel Michael Busalaki,” stated the Honorable William Ray Price Jr,
Chairman of the Board of Police Commissioners.
Dr. Laurie Punch echoed that sentiment and said, “Lieutenant Colonel Barton is an experienced leader
with a ‘clear vision’ of an equitable future for both the Department and the community we serve.”
“I have had the pleasure of working with Lieutenant Colonel Barton for many years,” Chief Jon Belmar
stated. “I am confident that she possesses the abilities to lead this Police Department. I look forward to
working alongside her in the transition leading up to my retirement.”
Lieutenant Colonel Barton’s biographical information is listed below.
Mary Barton began her law enforcement career after receiving her Bachelor’s Degree in Criminal Justice
from Southwest Texas State University. She joined the St. Louis County Police Department in October
1978 and has had held numerous positions including, patrol (officer and supervisor), Bureau of Drug
Enforcement Detective, Bureau of Special Investigations Detective, Bureau of Communications
Supervisor, Patrol Lieutenant, and Bureau Commanders in Staff Services, Security Services, and
Logistical Support. Captain Barton has commanded the North County Precinct and was recently
assigned to the West County Precinct. Captain Barton also instructed classes at the County and
Municipal Police Academy in Interpersonal Communications, Cultural Diversity, and Workplace Survival.
In addition, she has instructed fellow employees in interview skills, promotion preparation, report
writing, and task force development/management.
Lieutenant Colonel Barton has received numerous awards, commendations, and letters of appreciation
throughout her career. She earned a Master’s Degree in Management and Human Resource Training
and Development from Webster University in 1991 and is a graduate of the FBI National Academy, Class
237. Captain Barton is a graduate of the 74th Session of the Senior Management Institute for Police in
Boston.
Lieutenant Colonel Barton has served over twenty five years in the Greater St. Louis Area Major Case
Squad as an investigator, supervisor, Deputy Commander, and Chief Report Officer. She is a member of
the International Homicide Investigator’s Association. She has been a member of the Public Safety
Advisory Board to the Special School District for over 30 years, developing and advising on training
curriculum for vocational high schools students planning to pursue law enforcement careers.