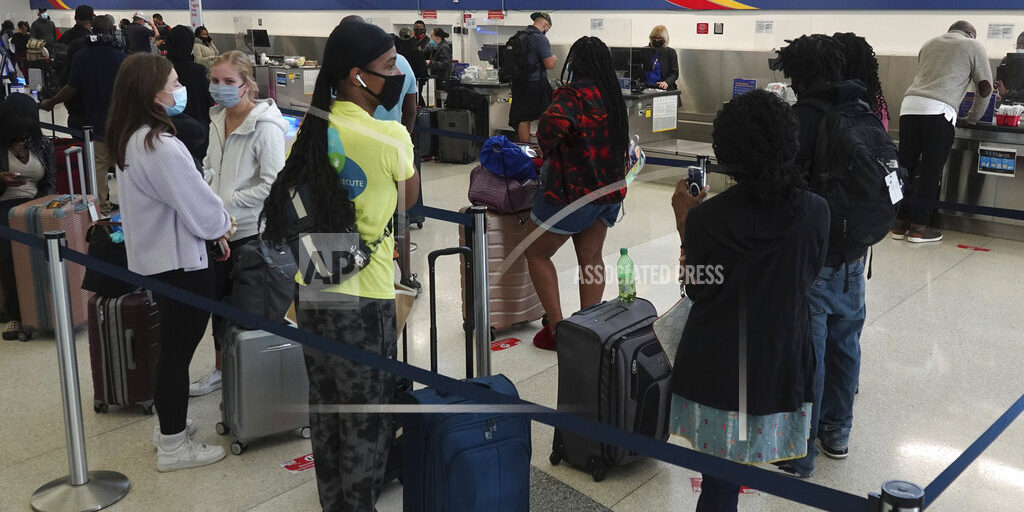 DALLAS (AP) — Southwest Airlines has canceled hundreds more flights following a weekend of major service disruptions that it blamed on bad weather and air traffic control issues. The pilots union accused the company of a botched response to what it said would have been a minor challenge for other airlines. The widespread interruption in service began shortly after the pilots union asked a federal court on Friday to block the airline’s order that all employees get vaccinated against COVID-19. But both the company and the union insisted that pilots had not staged a sickout because of the vaccine mandate. Southwest canceled more than 360 flights and more than 1,000 others were delayed Monday. The Dallas-based airline canceled 1,900 flights Saturday and Sunday.