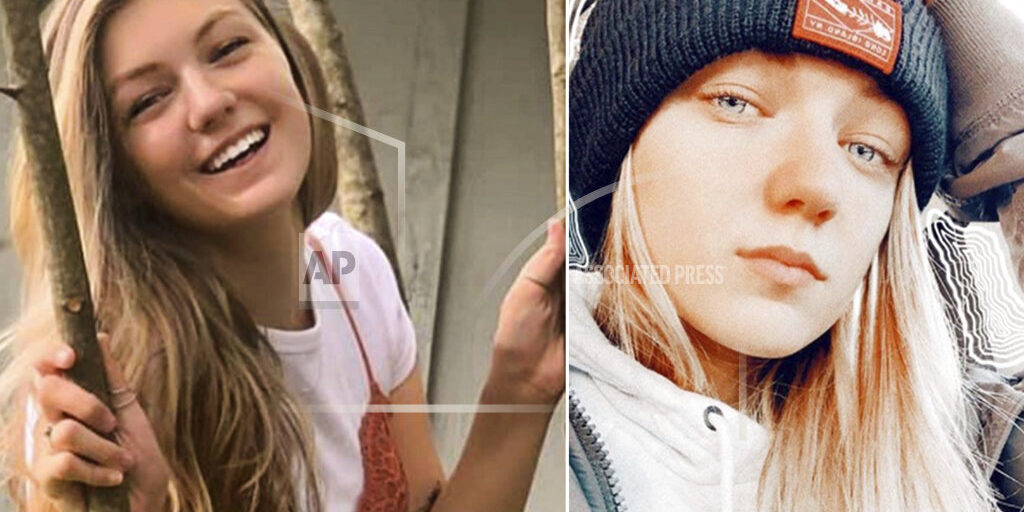 MOOSE, Wyo. (AP) — Authorities are continuing to look for a Florida man following the apparent discovery of his girlfriend’s body in Wyoming after she went missing on a cross country trip. An FBI agent says the body discovered Sunday is believed to be Gabrielle “Gabby” Petito. The cause of death not yet been determined. Petito and her boyfriend, Brian Laundrie, left in July on a cross-country trek in a converted van to visit national parks in the U.S. West. Police said Laundrie was alone when he drove the van back to Florida, on Sept. 1. He’s been named a person of interest in the case. The search for him concentrated over the weekend on a vast wildlife area near Florida’s Gulf Coast.