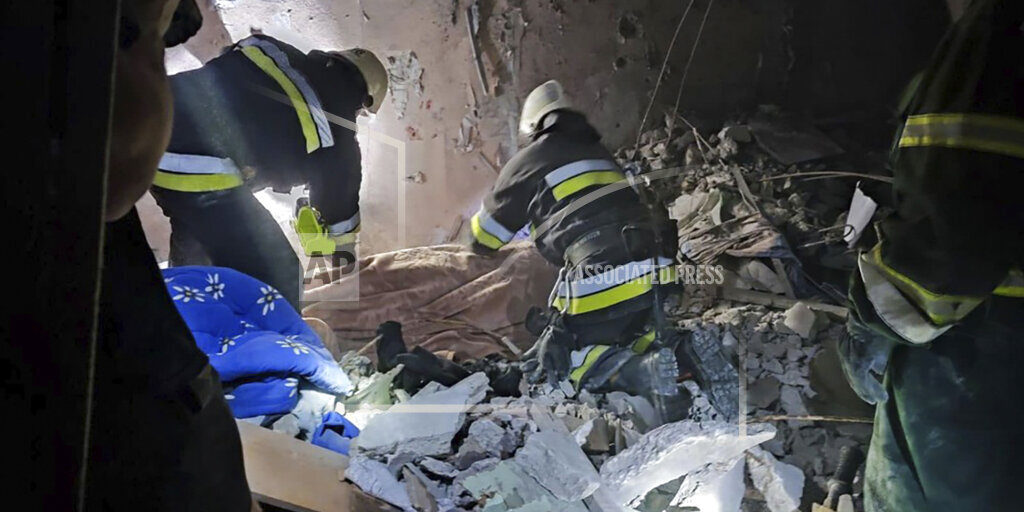 POKROVSK, Ukraine (AP) — Ukrainian authorities say Russian missile attacks on residential buildings in a coastal town near the port city of Odesa have killed at least 21 people, including two children. Video of the pre-dawn attack Friday showed the charred remains of buildings in the small town of Serhiivka. The Ukrainian president’s office said three X-22 missiles fired by Russian bombers struck an apartment building and a campsite. The assault came after Russian forces withdrew from a nearby Black Sea island on Thursday. Russia took control of Snake Island in the opening days of the war. The withdrawal of its troops had given Ukrainian’s cautious hope that Odesa, home to Ukraine’s biggest port, might be less at risk.