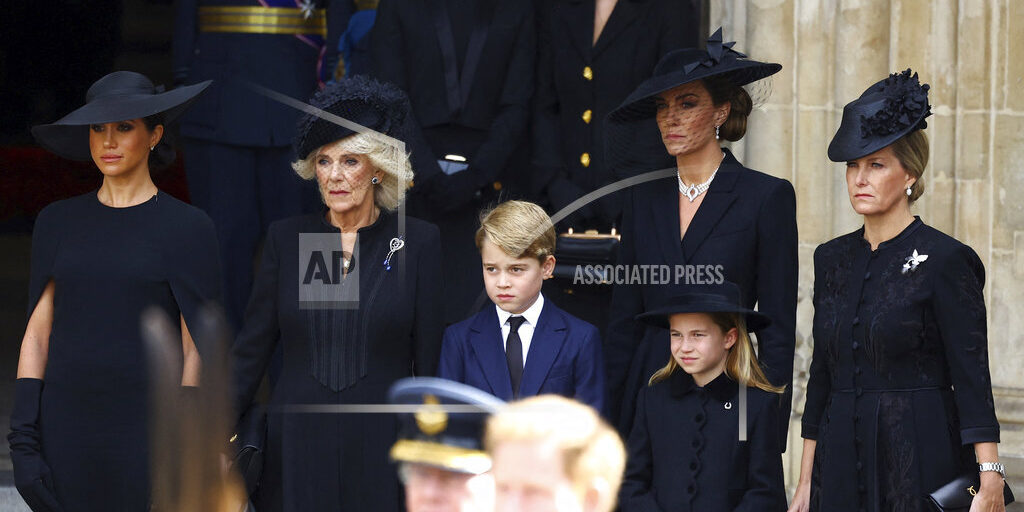 LONDON (AP) — Britain and the world said farewell to Queen Elizabeth II at her state funeral. Crowds massed in the streets of London and at Windsor Castle to honor a monarch whose 70-year reign defined an age. In a country known for pageantry, the first state funeral since Winston Churchill’s drew world leaders and other royalty. Before the service, a bell tolled 96 times for each year of Elizabeth’s life. Royal Navy sailors pulled a gun carriage carrying her flag-draped coffin to Westminster Abbey before pallbearers bore it inside. Atop the coffin sat a handwritten note from King Charles III. After a committal service at a chapel in Windsor Castle, the coffin was lowered into the royal vault.