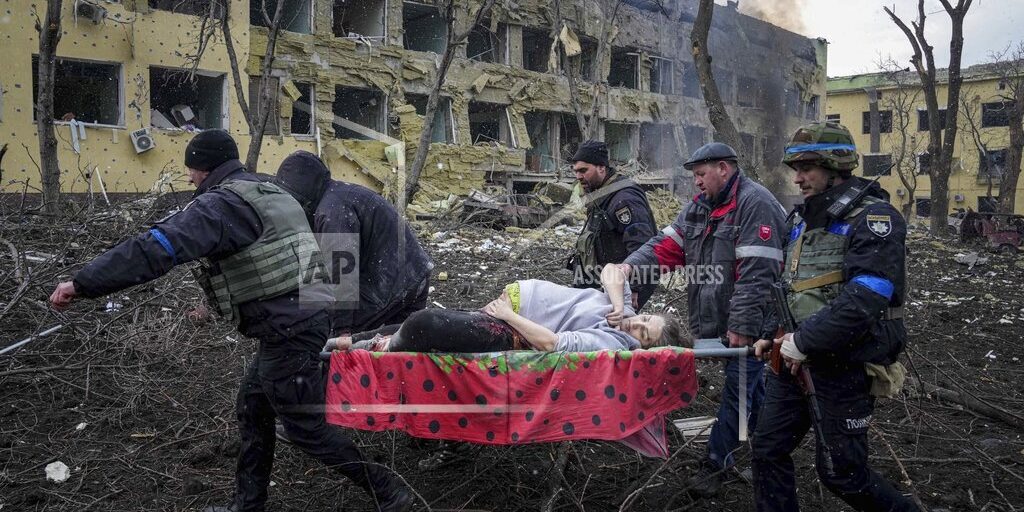 MARIUPOL, Ukraine (AP) — A wounded pregnant woman who was seen being carried on a stretcher from a bombed maternity hospital in Mariupol, Ukraine, last week has died, along with her baby. Photos and video of the woman taken by The Associated Press on Wednesday showed her being rushed to an ambulance, and doctors said she suffered a crushed pelvis and could not be saved. Her baby, delivered by cesarean section, also died. Another pregnant woman, Mariana Vishegirskaya, who was seen walking from the hospital in polka-dot pajamas, gave birth Thursday to a baby girl named Veronika. The mother described the moment the maternity ward was bombed, saying: “We were lying in wards when glass, frames, windows and walls flew apart.”