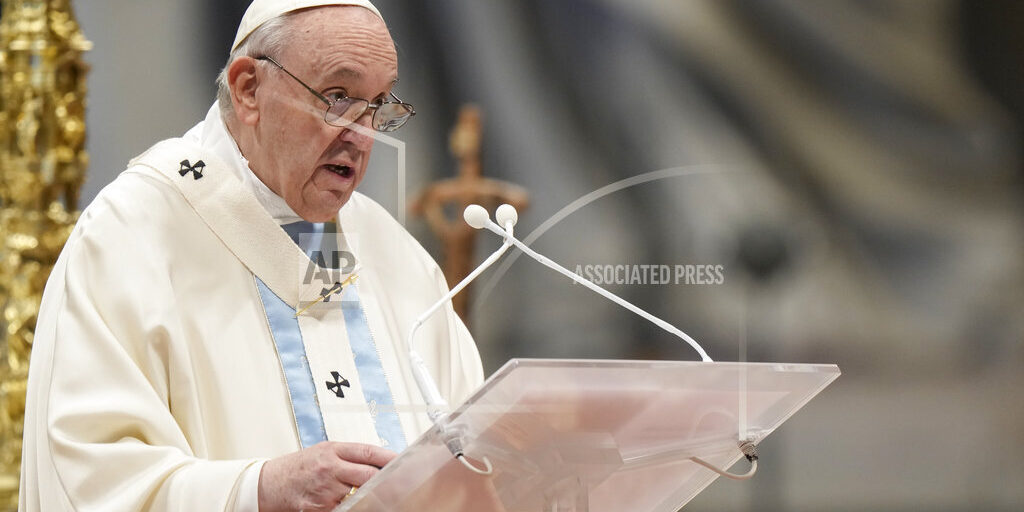 VATICAN CITY (AP) — Pope Francis has used his New Year’s Day appearances to encourage people to focus on the good which unites them and to decry violence against women. Thousands of Rome residents and tourists wearing face masks gathered in St. Peter’s Square to hear Francis lay out his recipe for world peace on Saturday. Peace, the pope said, “demands concrete actions. It is built by being attentive to the least, by promoting justice, with the courage to forgive, thus extinguishing the fire of hatred.” During a Mass at St. Peter’s Basilica earlier in the day, Francis publicly ushered in 2022 by praising the skills which women bring to promoting peace in the world.