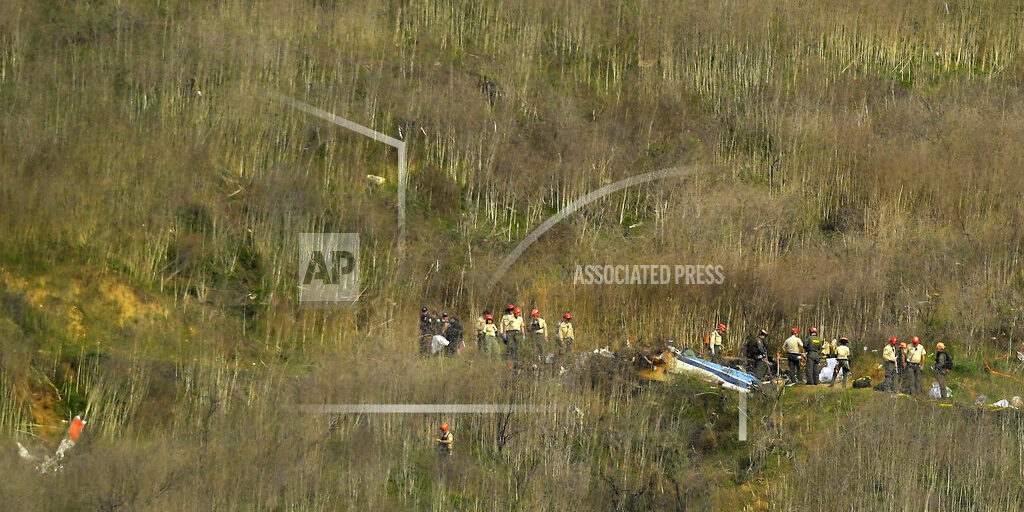 Calabasas, CA (AP) Authorities say the veteran pilot of a helicopter that crashed near Los Angeles, killing Kobe Bryant and eight others, tried to avoid fog so heavy it grounded police choppers. The helicopter was ferrying Bryant from Orange County to Ventura County on Sunday when it smashed into a Calabasas hillside at nearly 200 mph. The death of the retired NBA superstar shocked fans around the world. The cause of the crash is under investigation. But Jennifer Homendy of the NTSB says the pilot had tried to climb to avoid a cloud layer. Experts say he may have become disoriented.