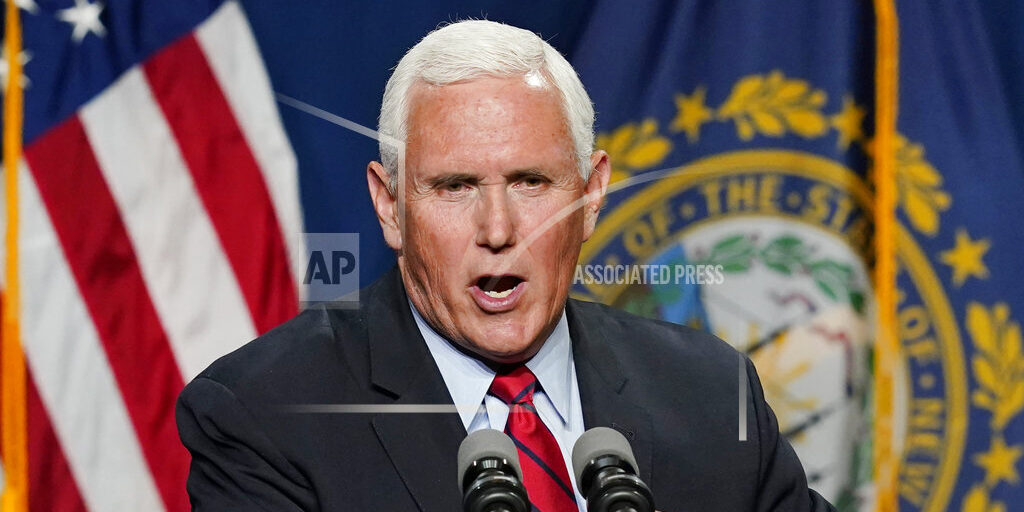 MANCHESTER, N.H. (AP) — Former Vice President Mike Pence says he isn’t sure he and former President Donald Trump will ever see “eye to eye” over what happened on Jan. 6 but he will “always be proud of what we accomplished for the American people over the last four years.” Pence made the comments in a speech Thursday at a Republican dinner in the early-voting state of New Hampshire. They were his most extensive comments yet on the events of Jan. 6, when angry Trump supporters stormed the U.S. Capitol, some chanting “Hang Mike Pence!” after the vice president said he did not have the authority to overturn Trump’s electoral defeat.