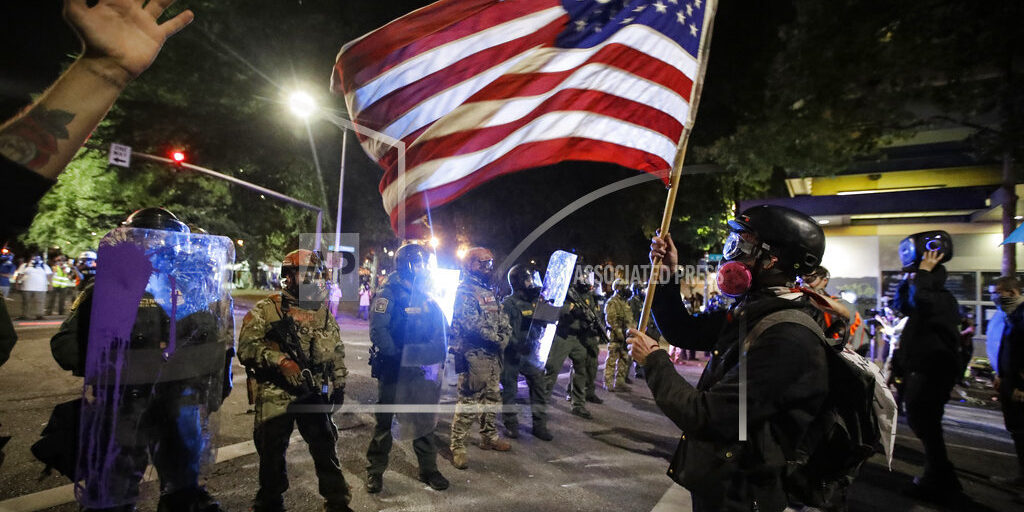 Portland, OR (AP) — Oregon police took over protecting a federal courthouse in Portland that’s been a target of violent protests as local authorities try to tamp down demonstrations that have wracked the city for more than two months. Having state and local officers step up their presence was part of a deal between the Democratic governor and the Trump administration that aimed to draw down the number of U.S. agents during nightly unrest. Portland police cleared out a park Thursday across from the Mark O. Hatfield Federal Courthouse that demonstrators have used as a staging ground, while state troopers headed into downtown Portland. Portland has seen demonstrations since George Floyd died in May.