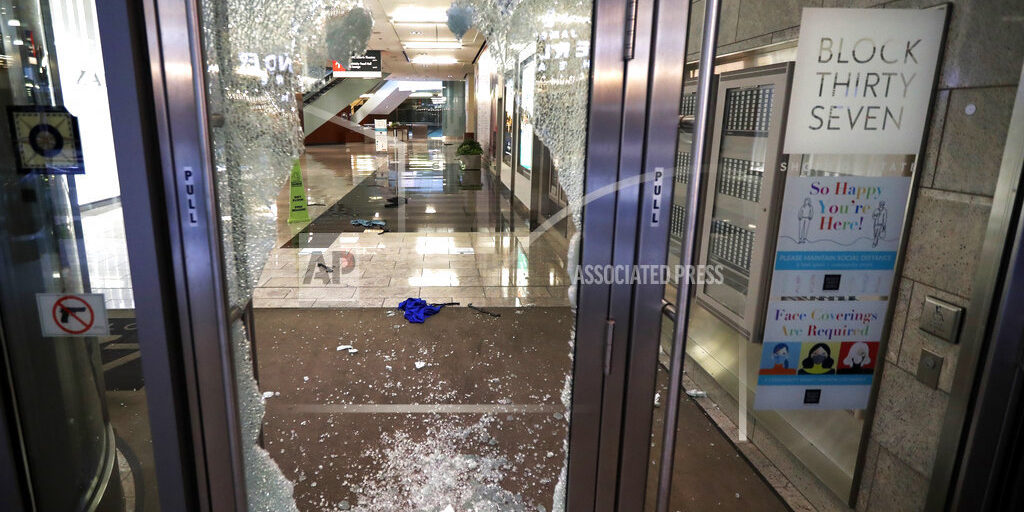 CHICAGO (AP) — Chicago’s police commissioner says more than 100 people were arrested following a night of looting and unrest that left 13 officers injured and caused damage in the city’s upscale Magnificent Mile shopping district and other parts of the city. Police Superintendent David Brown says it “was not an organized protest” but instead “an incident of pure criminality” that began following the shooting of a person by police the previous day in the city’s Englewood neighborhood. At one point early Monday, shots were fired at police and officers returned fire. Brown says a heavy police presence is expected in the downtown area until further notice. Chicago Mayor Lori Lightfoot described it as “straight up, felony criminal conduct” and “an assault on our city.”