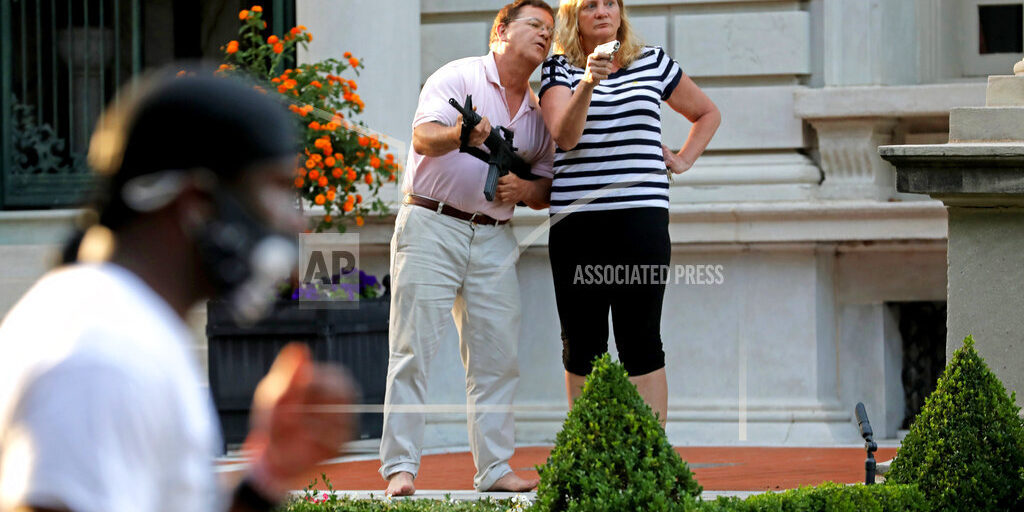 O’FALLON, Mo. (AP) — Missouri Gov. Mike Parson has made good on his promise to pardon a couple who gained notoriety for pointing guns at social justice demonstrators as they marched past the couple’s home last year. The Republican governor announced Tuesday that he pardoned Mark and Patricia McCloskey, who pleaded guilty to misdemeanor charges in June. The McCloskeys said they felt threatened by the protesters, who were passing their home in June 2020 on their way to demonstrate in front of the mayor’s house nearby. A grand jury indicted the couple on felony charges of the unlawful use of a weapon. A special prosecutor said his investigation found no evidence that any of the protesters had weapons.