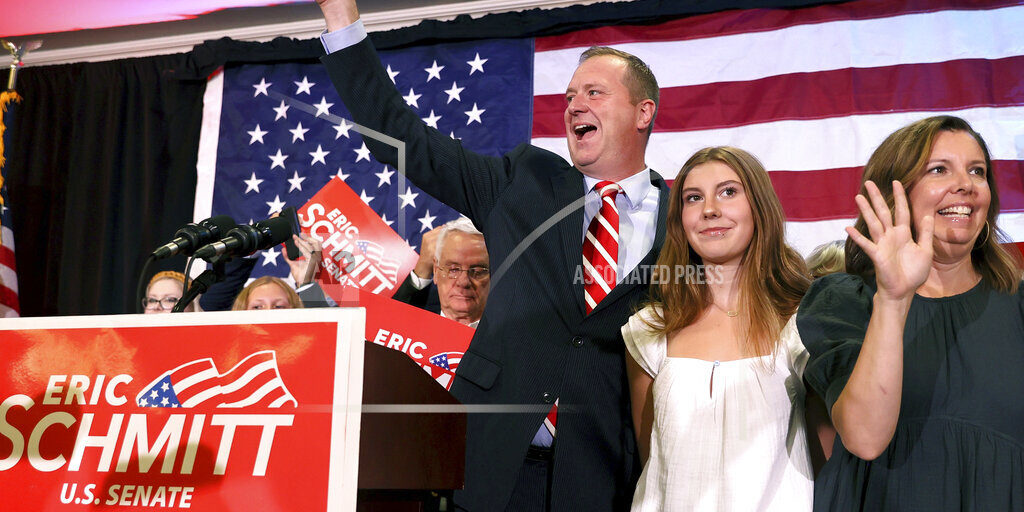 COLUMBIA, Mo. (AP) — Missouri Attorney General Eric Schmitt has defeated scandal-scarred former Gov. Eric Greitens and 19 others in the Republican primary for U.S. Senate. He will face Trudy Busch Valentine, a nurse and philanthropist who defeated Marine veteran Lucas Kunce and nine others in the Democratic primary. Republican leaders have long feared that a Greitens win would jeopardize a red state Senate seat in the November general election. Greitens resigned four years ago. His resignation followed a sex scandal, two criminal charges that were eventually dropped, and a risk of impeachment. This year, his ex-wife accused him of abuse. Republican Sen. Roy Blunt’s announcement last year that he would not seek a third term set off a frenzy for his job.