McGraw Milhaven and Kelly Jackson take on the stories of the day with insight from the newsmakers, comments from the public, and an educated opinion. The show is a must-stop for nationally known guests. If someone is in the halls of power, stage, or screen, they will be talking with McGraw and Kelly on KTRS. If The McGraw Show is talking about it, you’ll be talking about it too.

Catch McGraw’s new podcast with Tom Becka through the KTRS Soundcloud. Two nationally recognized radio talk show hosts from the Midwest discuss current events and life in general with the only agenda being to inform and entertain.

Tom Becka spent over 25 years as a nationally recognized radio talk show host. He is currently offering commentary with Becka’s Beat on Fox 42 KPTM TV in Omaha. As an award winning radio talk show host Becka was featured on The NBC Nightly News, 48 Hours, Oprah Winfrey, MSNBC and other national shows.  Prior to that he spent 5 years on the road as a stand up comic where he opened for such acts as Jerry Seinfeld, Lewis Black, Sam Kinnison, and Chicago. 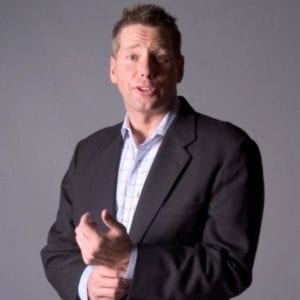 From the halls of the White House to kitchen tables all over the region, McGraw Milhaven is nationally recognized.

McGraw has interviewed “everyone except Obama”, and whether it is the news of the day, sports, or entertainment, he will ask the questions you want to ask while keeping his audience informed and entertained. He has been a guest visitor on multiple new stations including, CNN, FOX, and MSNBC. In St. Louis, McGraw hosted the Emmy nominated show, “Get Hooked On Health” and was a panel member on the popular sports round table “Chalk Talk”.

From broadcasting on the White House lawn to air-to-air refueling missions on KC135s with the Missouri National Guard, McGraw’s accomplishments are vast and diverse. The Missouri Senate has honored McGraw for his exceptional amounts of time and energy bettering the lives of Missouri citizens. In 2006, The Riverfront Times named Milhaven the best AM personality in St. Louis. Alive Magazine announced its “Hot List: 130 Things We Love About St. Louis” and The McGraw Show the best talk show.

McGraw grew up with five sisters in a small town in Long Island, New York. He attended the University of Nebraska-Lincoln, where he earned three varsity letters in baseball. McGraw finally moved to St. Louis, Missouri in 1999. 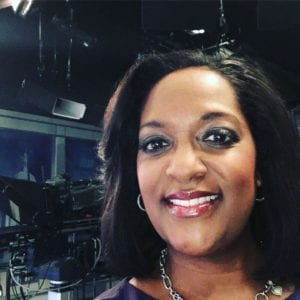 Kelly, an Emmy award winning journalist, started at KSDK in 1998 and has a love affair with St. Louis and St. Louisans. She did take a short break from her adopted hometown and moved to California to anchor mornings at one of KSDK’s sister stations in Sacramento, but St. Louis kept calling her name. At the beginning of 2014, she teamed up with McGraw in the Morning. When she’s not working, you’ll find her advocating for pets during the week. She loves hanging out with friends, volunteering, traveling, and discovering all the fabulosity of St. Louis with her pooch, LaRue.

For bookings and promotions: willie.springer@ktrs.com