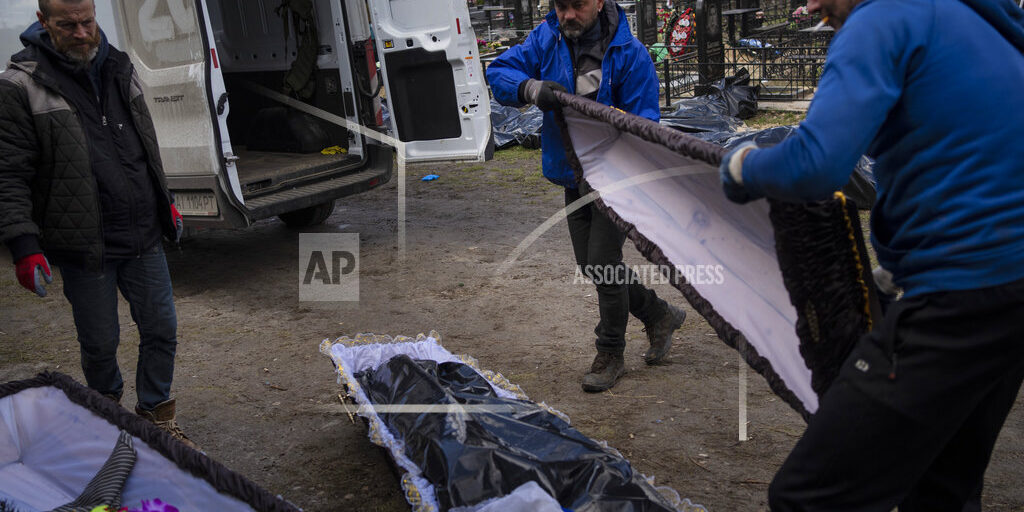 KYIV, Ukraine (AP) — The mayor of the Ukrainian port city of Mariupol says that more than 10,000 civilians have died in the Russian siege of his city and that the full death toll could surpass twice that number. Speaking by phone Monday to The Associated Press, Mayor Vadym Boychenko said corpses “carpeted” the streets of the city. He said Russian forces brought mobile cremation equipment to the city to dispose of the bodies and accused Russian forces of refusing to allow humanitarian convoys into the city in an attempt to disguise the carnage.