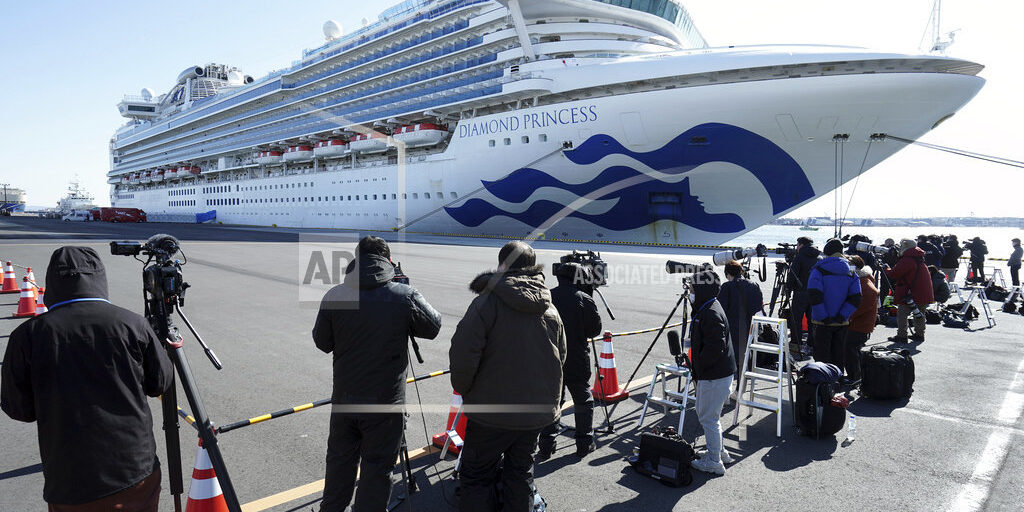 Beijing, China (AP) China reported a rise in new virus cases, possibly denting optimism disease control measures that have isolated major cities might be working, while Japan reported dozens of new cases aboard a quarantined cruise ship. The mainland death toll rose by 97 to 908. Japanese health officials said about 60 more cases were found aboard the Diamond Princess in Yokohama, in addition to 70 cases found earlier among 3,711 passengers and crew. Health ministry officials were double-checking the results and could not immediately release the exact figure.