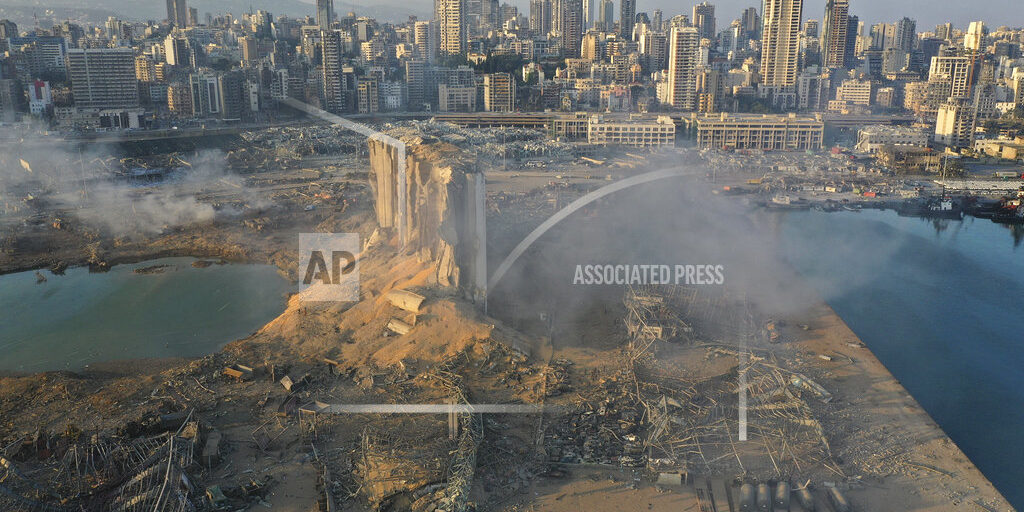 Beirut, Lebanon (AP) — Residents of Beirut have awoken to a scene of utter devastation, a day after a massive explosion at the port of the Lebanese capital killed at least 100 people and wounded thousands. Smoke was still rising from the port, where a towering grain silos was toppled. Major downtown streets were littered with debris and damaged vehicles; building facades were blown out. Authorities say at least 70 people were killed and 3,000 wounded, with the toll likely to rise as more bodies are being pulled from the rubble. It’s unclear what caused the blast, which appeared to have been triggered by a fire and struck with the force of an earthquake.