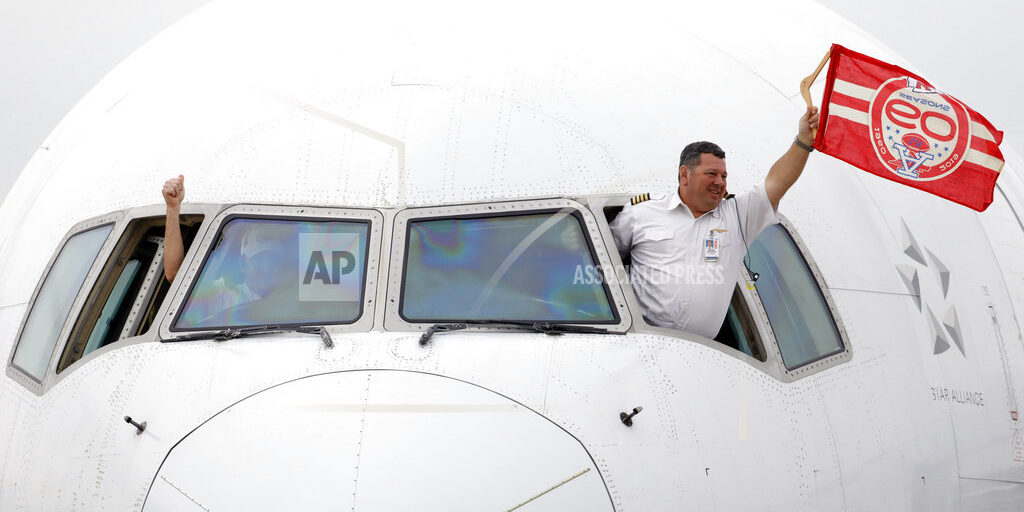 Kansas City, MO (AP) The Kansas City Chiefs have returned to Kansas City as fans celebrate their Super Bowl victory . The Chiefs landed Wednesday afternoon at Kansas City International Airport and drove in a bus caravan back to Arrowhead Stadium. Coach Andy Reid led the team off the plane, carrying the Super Bowl trophy. Quarterback Patrick Mahomes was not with the Chiefs because he flew Disney World in Orlando to lead fans in a Super Bowl celebration parade as part of his duties as MVP. The party will continue Wednesday, with a parade through downtown Kansas City and a rally at Union Station.