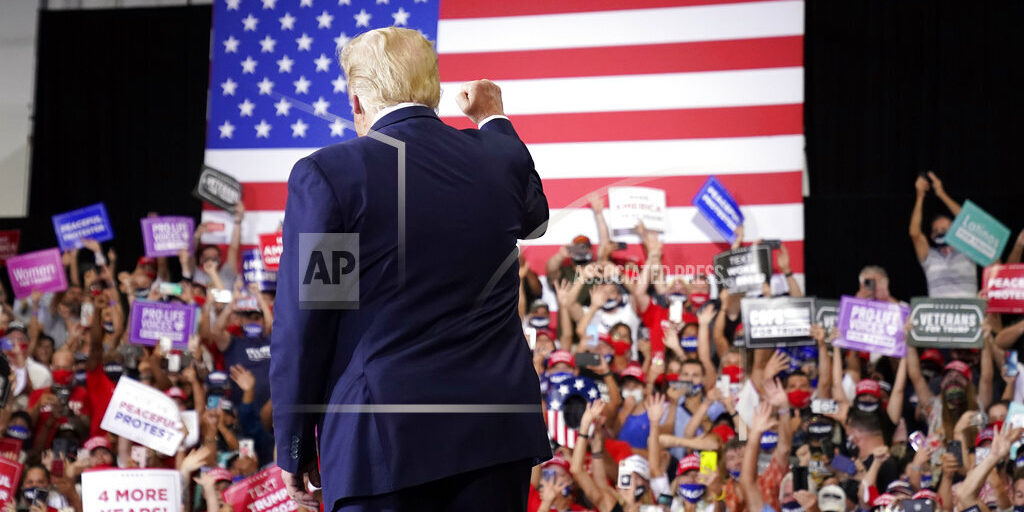 Las Vegas, NV (AP) — President Donald Trump was back in his element this weekend, soaking up the raucous cheers of his crowd. But his rally in a Nevada warehouse was in open defiance of state regulations and his own administration’s pandemic health guidelines.  Trump on Sunday hosted his first indoor rally since June, telling a packed, nearly mask-less crowd that the nation was “making the last turn” in defeating the virus. Not since a rally in Tulsa, Oklahoma, that was blamed for a surge of coronavirus infections has he gathered supporters indoors. There was no early mention from the president that the pandemic had killed nearly 200,000 Americans and was still claiming 1,000 lives a day.