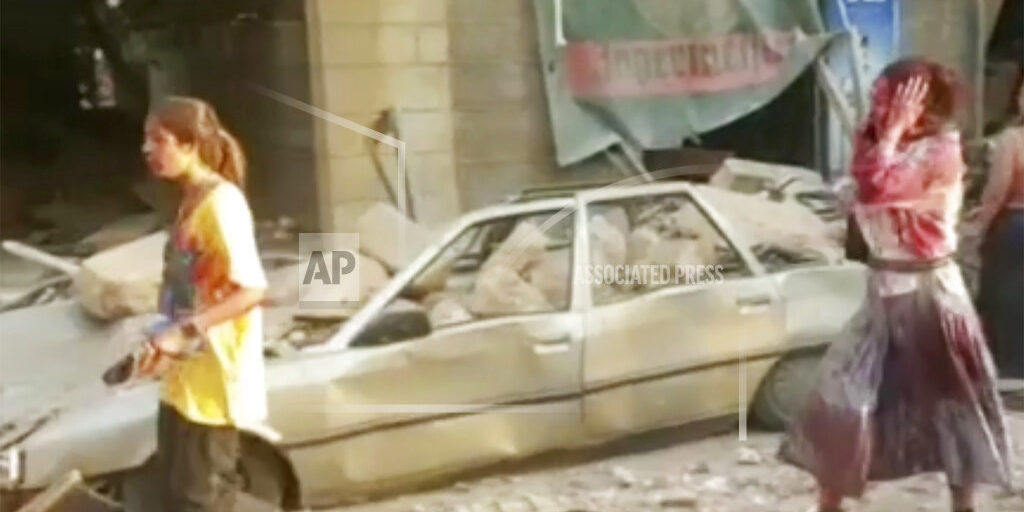 BEIRUT (AP) — Explosions rocked Beirut, inflicting injuries and damaging buildings in a large radius around the city;s port. The afternoon blast shook several parts of the capital and thick smoke billowed from the city center. Residents reported windows blown out and a ceilings falling. The explosion appeared to be centered around the port and caused widespread damage. An Associated Press photographer near the port saw people lying hurt on the ground. The cause of the blast was not immediately clear. It came at a time when Lebanon is passing through its worst economic and financial crisis in decades and amid tensions between Israel and the militant Hezbollah group. Some local TV stations reported the blast was in a building where fireworks were stored.