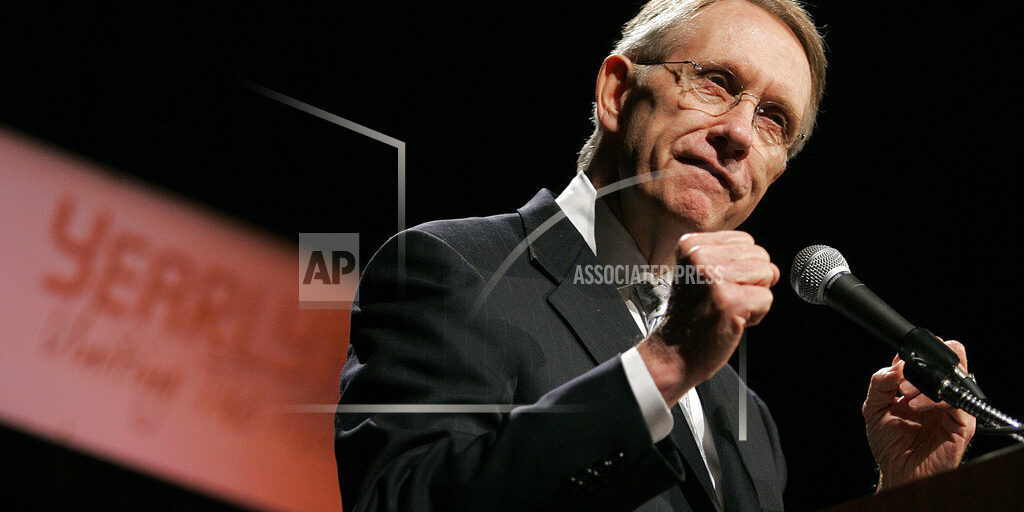 LAS VEGAS (AP) — Former Senate Majority Leader Harry Reid has died. He was 82 and had battled pancreatic cancer for several years. The combative boxer-turned-lawyer was widely acknowledged as one of the toughest dealmakers in Congress during a Washington career that spanned 34 years and included five terms in the Senate. Reid thrived on behind-the-scenes wrangling and kept the Senate controlled by his party through two presidents, a crippling recession and the Republican takeover of the House after the 2010 elections. President Joe Biden is remembering his longtime Senate colleague as “a great American” while former President Bill Clinton says Reid was “a canny and tough negotiator.”