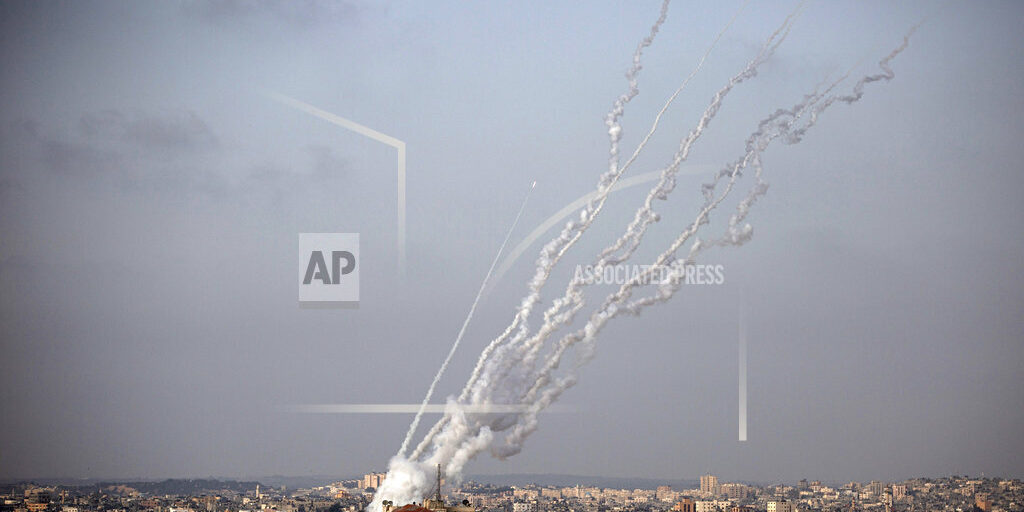 JERUSALEM (AP) — Hamas militants fired a large barrage of rockets into Israel, including one that set off air raid sirens as far away as Jerusalem. That attack Monday came after hundreds of Palestinians were hurt in clashes with Israeli police at a flashpoint religious site in the contested holy city. The attack drastically escalated what already are heightened tensions throughout the region following weeks of confrontations between Israeli police and Palestinian protesters in Jerusalem. The Israeli army said there was an initial burst of seven rockets, one was intercepted, and rocket fire was continuing in southern Israel. Gaza health officials said nine people, including three children, were killed in an explosion in the northern Gaza Strip. The cause of the blast was not immediately known.