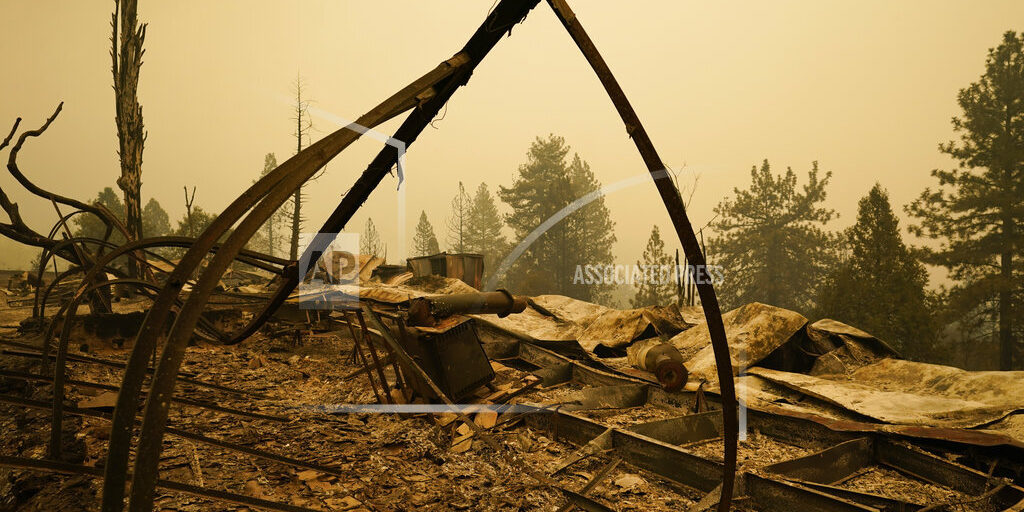 Shaver Lake, CA (AP) — Wildfires are raging unchecked throughout California, and authorities say gusty winds could drive flames with new ferocity. Diablo winds in the north and Santa Ana winds in the south are forecast into Wednesday in areas where blazes already have grown explosively. More than 14,000 firefighters are battling fires from the Sierra National Forest to San Diego. Helicopters were used to rescue hundreds of people trapped in the Sierra National Forest, while in the south, people in a half-dozen foothill communities east of Los Angeles are being told to stay alert because of a fire in the Angeles National Forest.