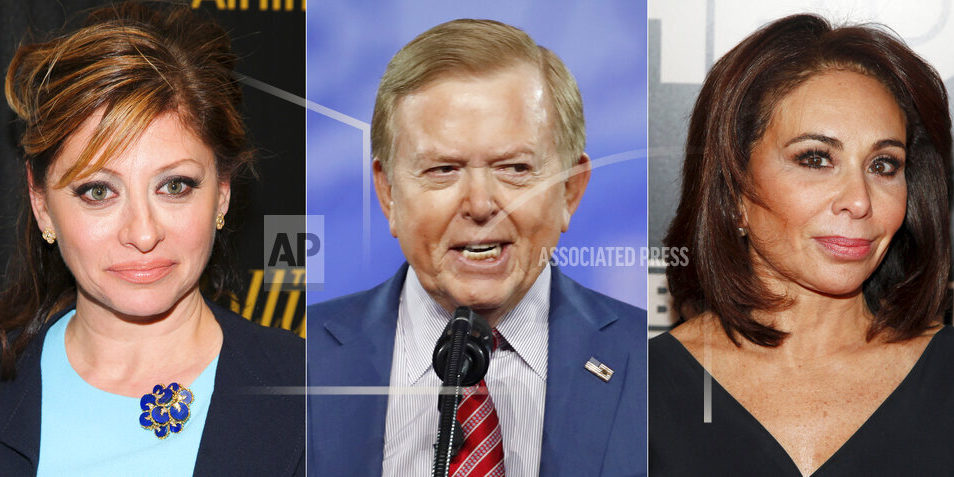 Three hosts for Fox News have filed motions to dismiss claims against them and their employer as part of a $2.7 billion libel lawsuit brought by a voting technology company. Maria Bartiromo, Lou Dobbs and Jeanine Pirro were sued this month by Smartmatic. They and Donald Trump lawyers Rudolph Giuliani and Sidney Powell are accused of conspiring to spread false claims that the company was involved in an effort to steal the election from Trump. The Fox personalities argue they were doing their job in covering newsworthy assertions by the president that the electoral process was marred. A lawyer says Smartmatic is confident in its case.