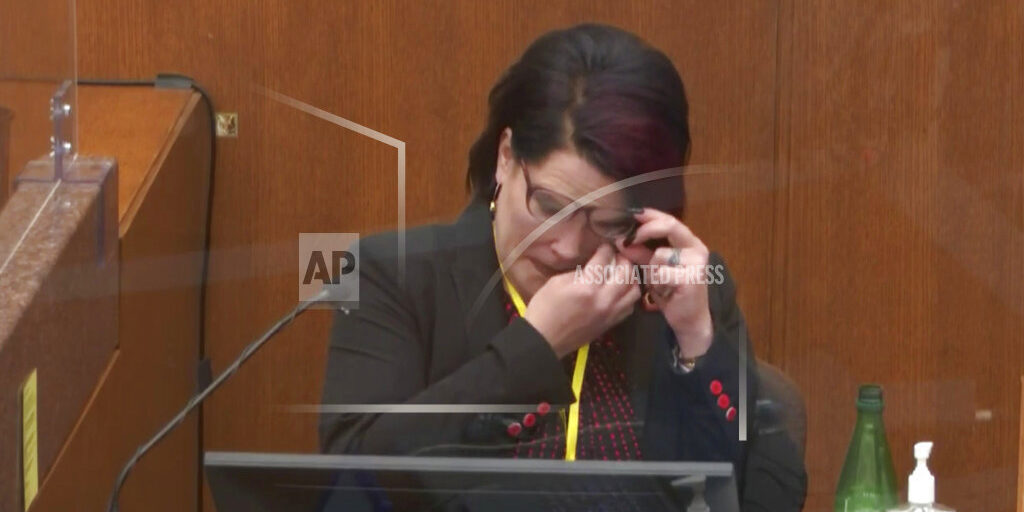 MINNEAPOLIS (AP) — George Floyd’s girlfriend has tearfully told a jury the story of how they met — at a Salvation Army shelter where he was a security guard with “this great, deep Southern voice, raspy” — and how they both struggled mightily with an addiction to opioids. Forty-five-year-old Courteney Ross took the stand Thursday on Day Four of former Officer Derek Chauvin’s murder trial in Minneapolis. The white former officer is accused of killing Floyd by pinning his knee on the Black man’s neck last May in a case that triggered massive protests and scattered violence around the U.S. and soul-searching over racial inequality. The defense contends it was Floyd’s drug use and underlying health conditions that led to his death.