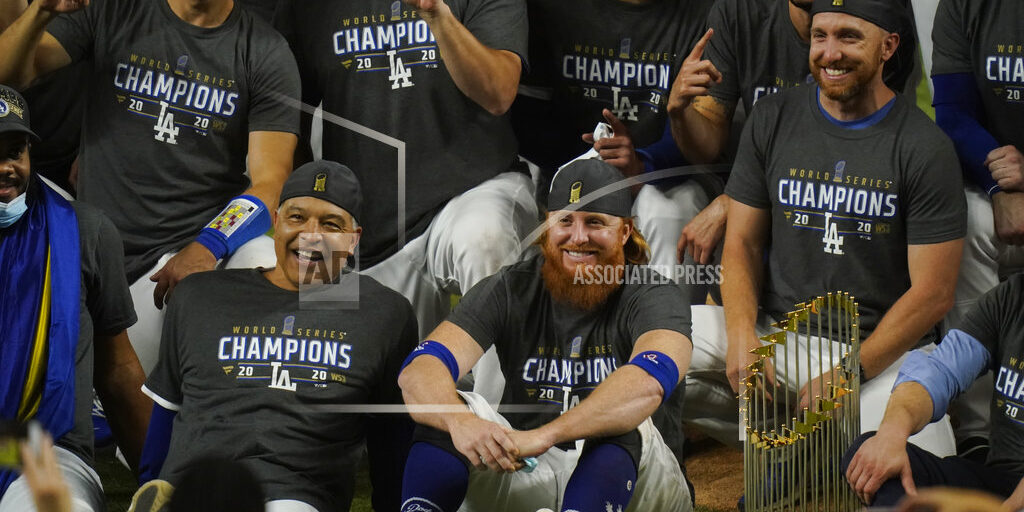 Arlington, TX (AP) — Justin Turner was removed from Los Angeles’ 3-1 victory over the Tampa Bay Rays in Game 6 after registering Major League Baseball’s first positive test in 59 days and wasn’t on the field as the Dodgers enjoyed the spoils of a title earned during a most unusual season. Commissioner Rob Manfred confirmed Turner’s positive test moments after presenting the World Series trophy to Los Angeles. Mookie Betts, who came to the Dodgers to make a World Series difference, had a mad dash to home plate in the sixth inning to put Los Angeles over the top.