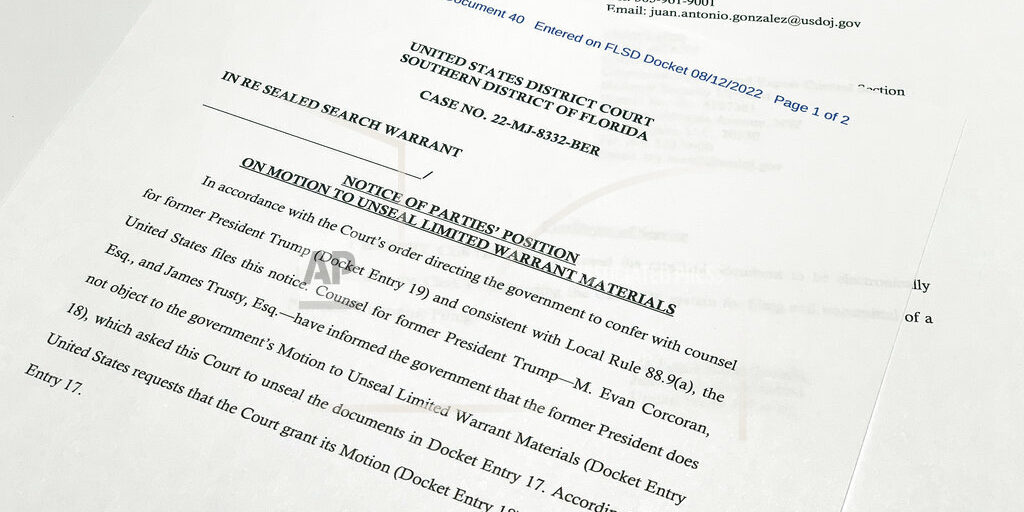 WASHINGTON (AP) — Court papers show that the FBI recovered several documents that were labeled “top secret” from former President Donald Trump’s Mar-a-Lago estate in Florida. Meanwhile on Friday afternoon, a federal judge was weighing whether to unseal the warrant that authorized the unprecedented search this week. Attorney General Merrick Garland declared a day earlier that there is “substantial public interest in this matter,” and Trump backed the warrant’s “immediate” release. Trump has been provided at least some of the records the government is seeking to unseal, but he and his lawyers have declined, so far, to make them public.