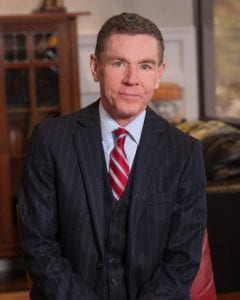 Eventually, the firm evolved and honed its focus on family law, and specifically men’s divorce. Twenty-five-plus years later, with more than 200 divorce lawyers focused on men’s family law in more than 100 offices across the United States as well as an office in the United Kingdom, Cordell & Cordell is one of the largest family law firms serving men in the world.

The firm has developed unique experiences and familiarity with the male perspective as it is affected in the family law courts to allow its clients to feel comfortable that their point of view is understood and actively represented. The firm is committed to aggressively championing the interests of men, fathers, and their children.

In 2013, Mr. and Mrs. Cordell made a gift commitment of $1 million to establish and endow the Cordell & Cordell Visiting Professorship at Washington University. The gift supports an established legal scholar and teacher who demonstrate a commitment to adding a diverse voice to legal education, including one that represents a conservative and/or Libertarian viewpoint.

The couple also sponsors the Joseph Cordell Family Scholar in Law at the Washington University School of Law.

Mr. Cordell earned his Juris Doctor from the University of Texas School of Law and his Bachelor of Science in accountancy from Oklahoma State University. He is a graduate of the National Institute for Trial Advocacy and holds a Missouri CPA license. He received his LL.M. from Washington University.

Mr. Cordell is also an adjunct faculty member at Washington University School of Law. Additionally, Mr. Cordell is the past president of the American Academy of Attorney-Certified Public Accountants.

He is frequently featured in national media outlets, such as The Wall Street Journal, The New York Times, Time Magazine, and CNN. He is the founder of MensDivorce.com and DadsDivorce.com, popular websites for divorced men and divorcing fathers, and is the author of “Your Civil War: A Father’s Guide to Winning Child Custody,” “Divorce Full Force,” and “The 10 Stupidest Mistakes Men Make When Facing Divorce.”

Mr. Cordell speaks at various seminars for the public and fellow attorneys dealing with topics from domestic relations to bankruptcy to estate planning.

Mrs. Cordell, who earned her Juris Doctor from the Washington University School of Law in 1988 after receiving her Bachelor of Science in political science from Illinois State University, worked in the legal department of American General Finance in Evansville, Ind., before co-founding Cordell & Cordell. She stopped practicing in 1996 but remains active in a number of charitable endeavors.

She serves on the board of directors for Teen Challenge USA, an international faith-based organization dedicated to helping teenagers, adults, and families with problems such as substance abuse.

Mrs. Cordell is a part-time student at Covenant Theological Seminary where she is getting her Master of Arts in theological studies. 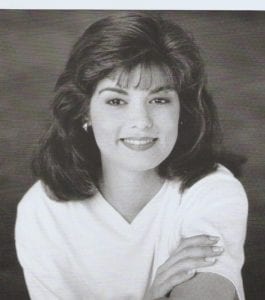 Jill is an award-winning journalist. She is the proud recipient of the 2016 Missouri Broadcaster’s Association award for Best News Series. Jill won this prestigious first place award for her piece “Ferguson Year In Review.” The MBA also honored Jill in 2017 for her feature on the “Ferguson Effect.”

Over the past twenty-plus years, Jill has worn many hats in the broadcast industry. She has worked as a D.J., field reporter, production director, copywriter, airborne traffic reporter, anchor, and news bureau chief. Jill has covered a wide variety of high-profile stories during her career, including the Flood of ’93, presidential debates, and the Ferguson Crisis.

Jill joined the KTRS News Team in September of 2014. In November of 2019, she joined the Elder Talk Show with attorney Joe Cordell.

Listen to the Podcasts: