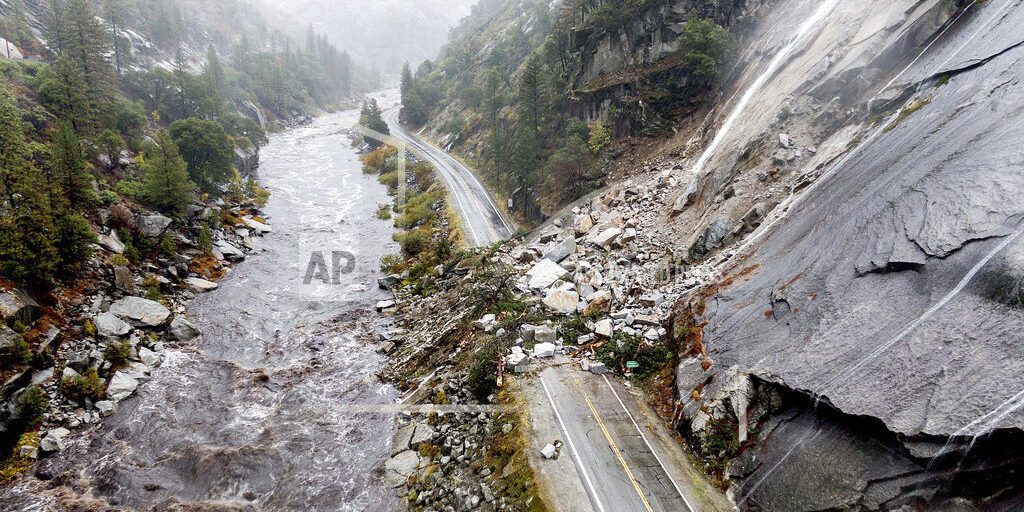 SAN FRANCISCO (AP) — A powerful storm barreled toward Southern California after flooding highways, toppling trees and causing mud flows in areas burned bare by recent fires across the northern part of the state. Drenching showers and strong winds accompanied the arrival of an atmospheric river — a long and wide plume of moisture pulled in from the Pacific Ocean. Flooding was reported across the San Francisco Bay Area. To the north, the California Highway Patrol closed State Route 70 in Butte County because of mudslides within the massive Dixie Fire burn scar. The weather service’s Sacramento office warned of “potentially historic rain.”