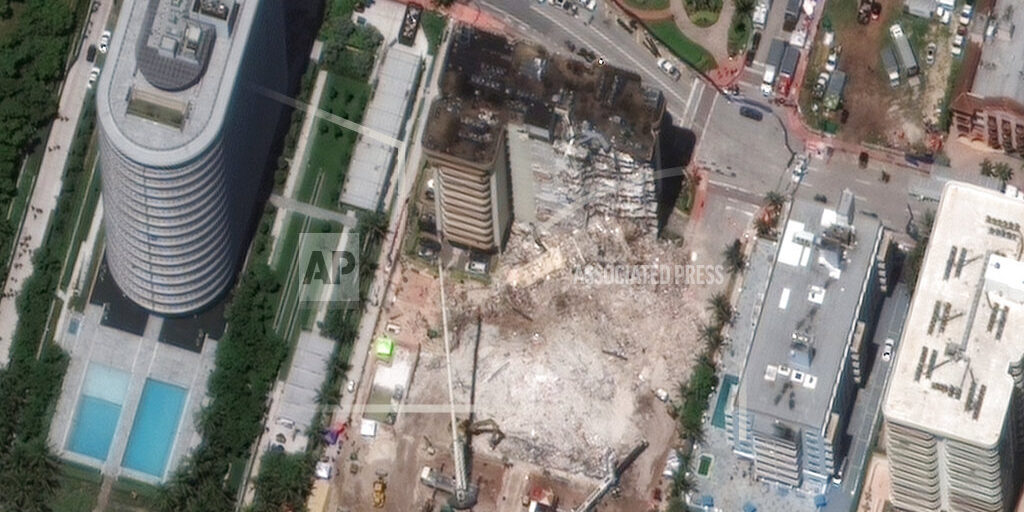 SURFSIDE, Fla. (AP) — Rescuers have suspended their search for victims in the rubble of a collapsed South Florida condo building to allow crews to begin preparing the remainder of the structure for demolition ahead of a tropical storm. A top Miami-Dade fire official tells relatives of people missing in the debris that workers began readying the site for explosives Saturday but the building won’t come down until Monday at the earliest. Officials say the halt to search and rescue operations is necessary for safety reasons. The confirmed death toll from the collapse has risen to 24 with the discovery of two more bodies.