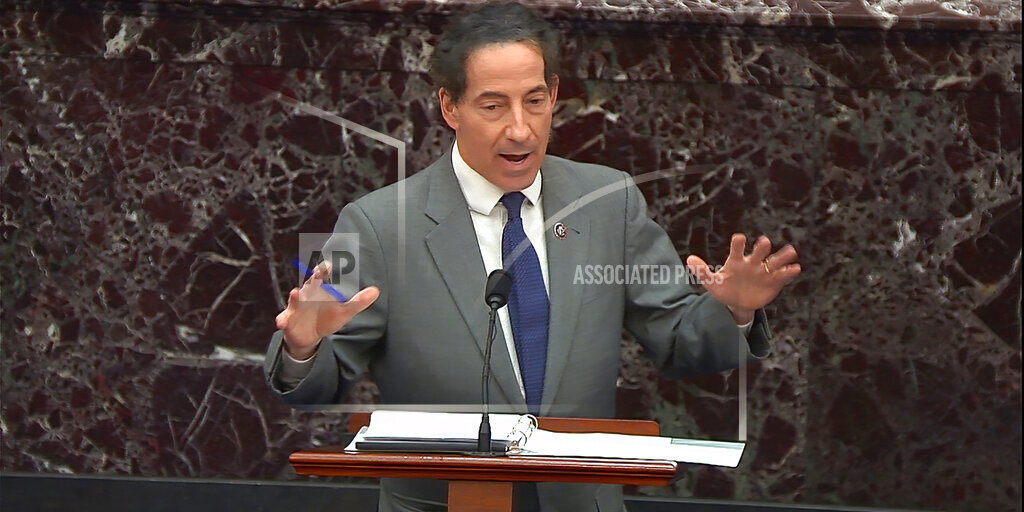 WASHINGTON (AP) — Opening arguments are underway in Donald Trump’s impeachment trial. House Democratic prosecutors will try to link the former president directly to the deadly Capitol riot with new video footage of the mayhem. Trump is charged with inciting the Jan. 6 insurrection after encouraging a crowd to “fight like hell” over his defeated election. Prosecutors will lay out their opening arguments Wednesday after Tuesday’s emotional first day in which the Senate saw graphic footage of the riot that left five people dead. Trump is said to be fuming over his lawyers’ performance, and his allies are questioning the defense strategy. White House press secretary Jen Psaki said President Joe Biden would not be watching the trial.