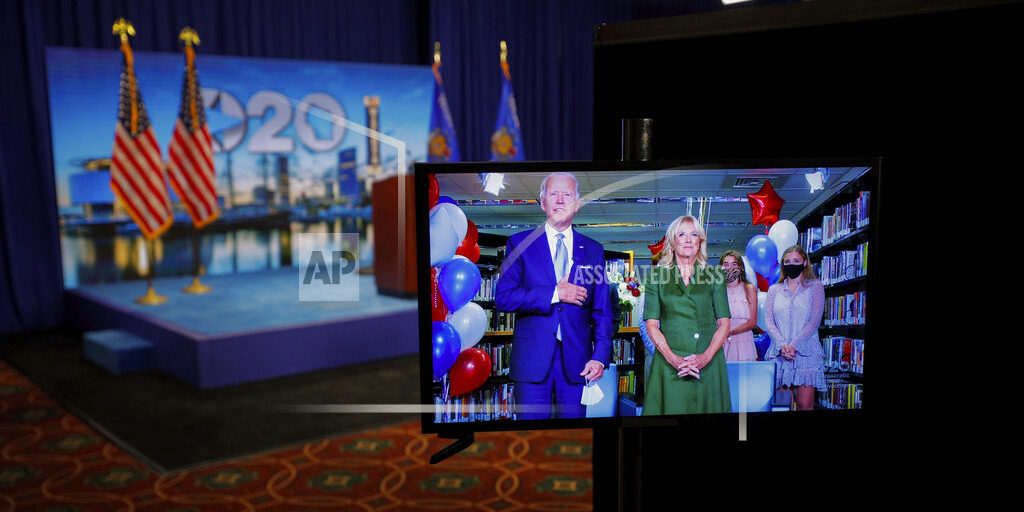 Wilmington, DE. (AP) — Democrats formally nominated Joe Biden as their 2020 presidential nominee Tuesday night, as party officials and activists from across the nation gave the former vice president their overwhelming support during his party’s all-virtual national convention. The moment marked a political high point for Biden, who had sought the presidency twice before. At the convention, Biden is drawing on a collection of the Democratic Party’s most experienced leaders — and fresher faces, too — to show the party has the experience and energy to defeat Donald Trump this fall. Also Tuesday night, Biden was introducing his wife, Jill Biden to the nation for the first time as the prospective first lady.