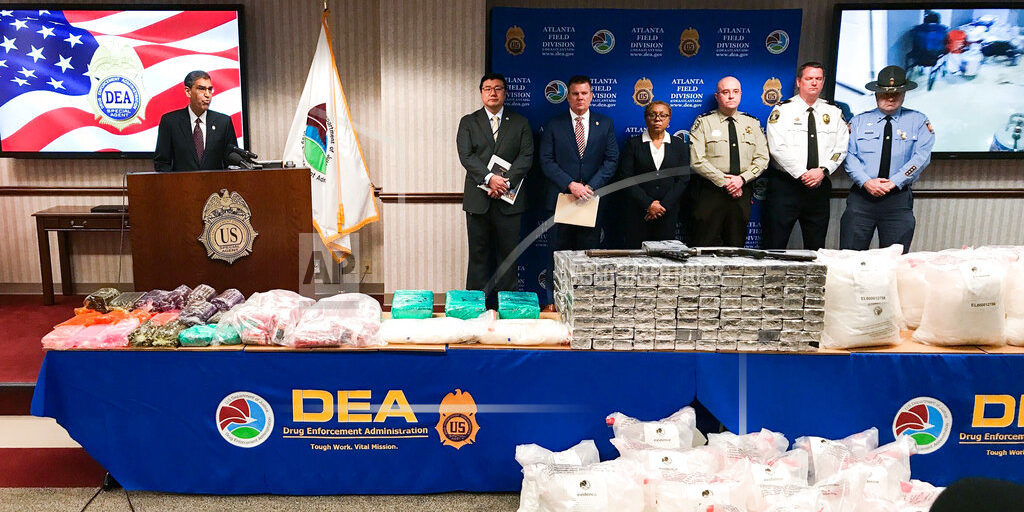 ATLANTA (AP) — Federal authorities say they are targeting methamphetamine “transportation hubs” around the country in an effort to block the distribution of the highly addictive drug. U.S. Drug Enforcement Administration Acting Administrator Uttam Dhillon visited Atlanta Thursday to announce the launch of Operation Crystal Shield. Atlanta is one of eight cities the agency has identified as a hub where methamphetamine from Mexico arrives in bulk for distribution around the country. The other cities are Dallas, El Paso, Houston, Los Angeles, New Orleans, Phoenix and St. Louis.  Dhillon said they hope to intercept the drug before it is trafficked to neighborhoods and communities throughout the country.