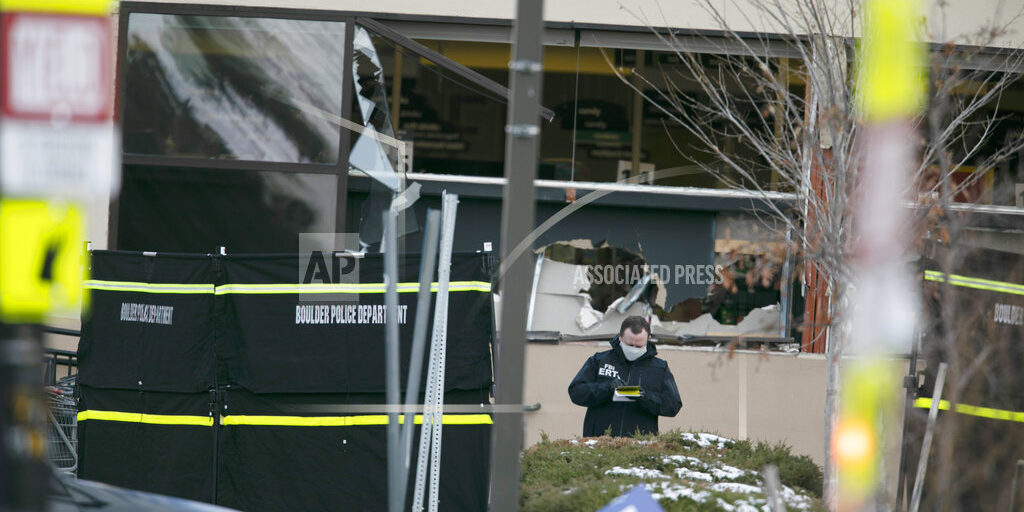 BOULDER, Colo. (AP) — Police say 10 people have been killed in a shooting at a Colorado supermarket, including a police officer. Boulder Police Chief Maris Herold said Monday night that a lone suspect is in custody and is getting medical treatment. Police refuse to speculate on a motive, saying the investigation has just begun. Herold identified the slain officer as 51-year-old Eric Talley, a member of the Boulder police department since 2010. The identities of the other nine victims were not immediately disclosed as police were still notifying their family members. The attack in Boulder stunned a state that has seen several mass shootings, including the 1999 Columbine High School massacre and the 2012 Aurora movie theater shooting.