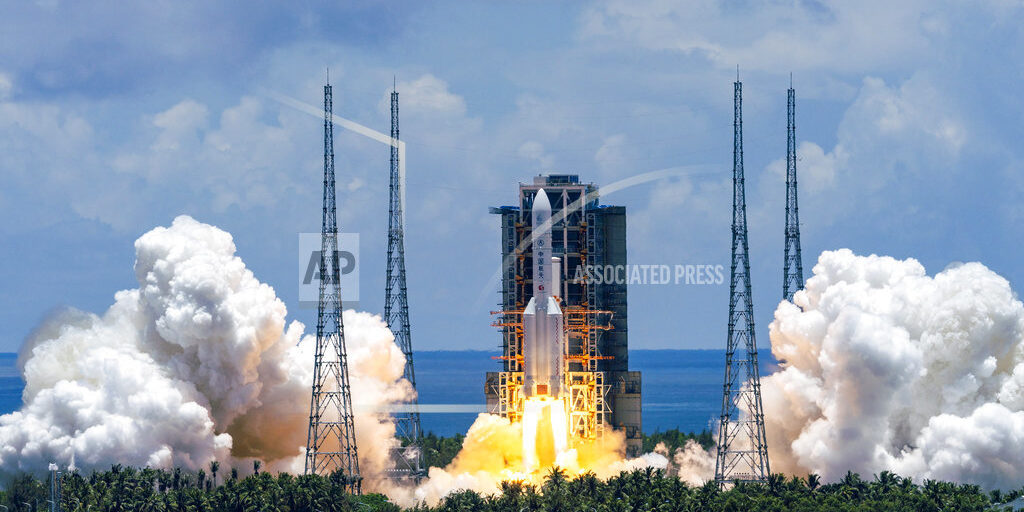 Beijing, China (AP) — China has launched its most ambitious Mars mission yet in an attempt to join the United States in successfully landing a spacecraft on the red planet. The rocket carrying the orbiter and rover took off under clear skies from an island south of China’s mainland. Hundreds of space enthusiasts cried out excitedly on a beach across the bay from the launch site. It’s the second launch toward Mars this week after a Japanese rocket sent a United Arab Emirates orbiter into space Monday. And the U.S. is aiming to launch Perseverance, its most sophisticated Mars rover ever, from Cape Canaveral, Florida, next week. China’s spacecraft will take seven months to reach Mars.