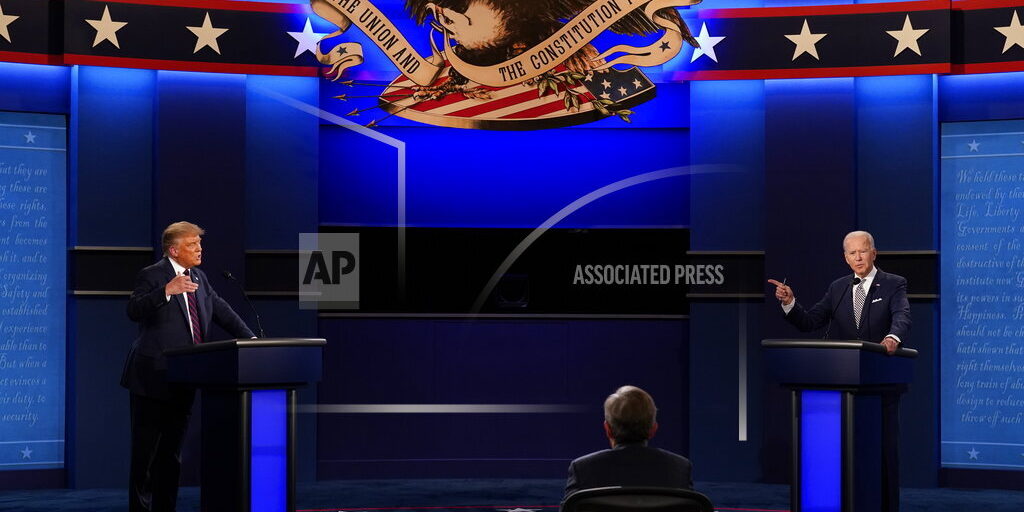 Cleveland, OH (AP) — The first debate between President Donald Trump and Democratic challenger Joe Biden deteriorated into bitter taunts and near chaos Tuesday night. Trump in particular repeatedly interrupted his opponent with angry — and personal — comments that sometimes overshadowed the sharply different visions each man has of a nation facing historic crises. There were heated clashes over the president’s handling of the pandemic, the integrity of the election results, deeply personal attacks about Biden’s family and how the Supreme Court will shape the future of the nation’s health care. Trump also refused to condemn white supremacists who have supported him, telling one such group known as Proud Boys to “stand back and stand by.”