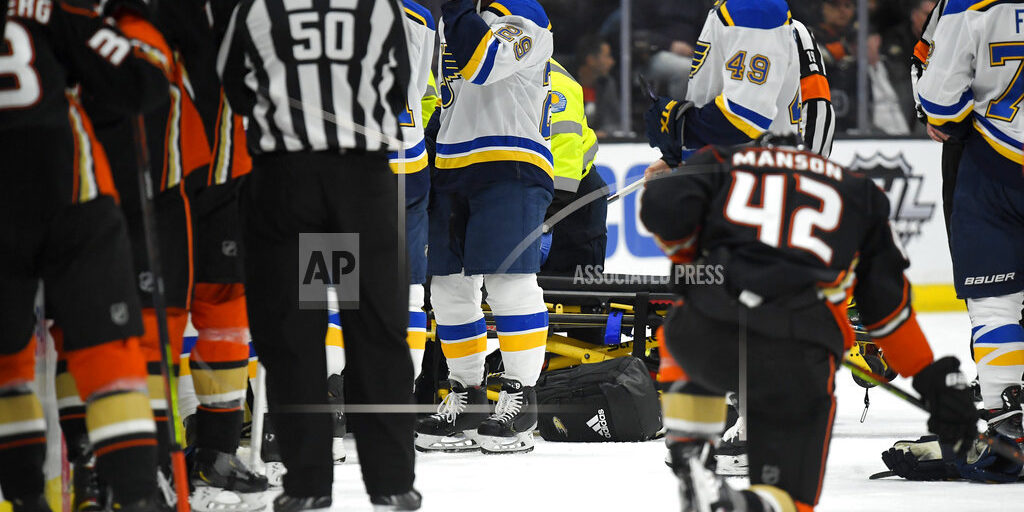 Anaheim, CA (AP) St. Louis defenseman Jay Bouwmeester collapsed on the bench during a break in play in the first period, prompting the Blues and Anaheim Ducks to postpone their game. He appeared to be alert and awake as he was being transported out of the arena to a local hospital. Teammates immediately called for medical help after Bouwmeester slumped over with 7:50 left in the first period. Bouwmeester appeared to be grabbing a drink of water when he began to slowly fall. Emergency medical personnel rushed to the Blues bench. Ducks and Blues players gathered to see what was wrong before Bouwmeester was taken off the bench. Both teams then went back to their locker rooms.