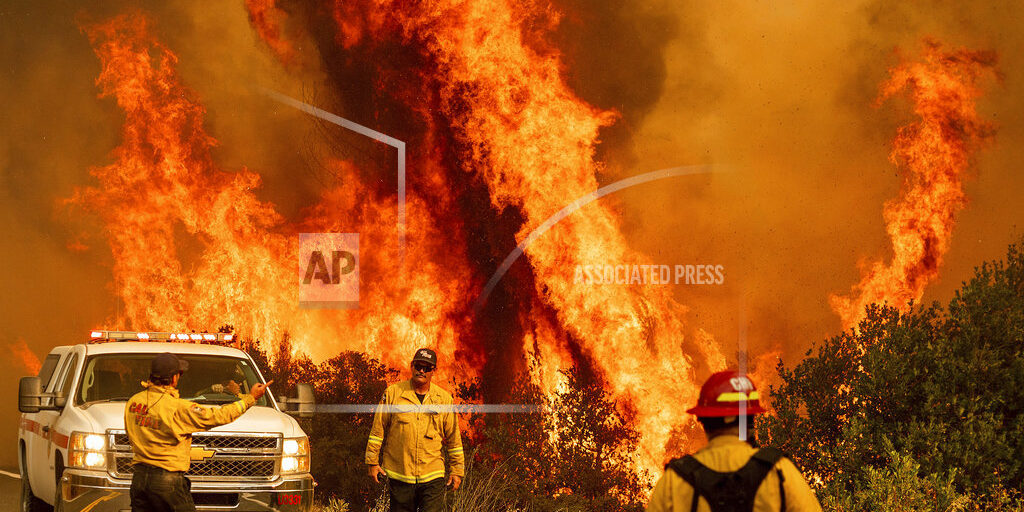 SCOTTS VALLEY, Calif. (AP) — Three giant Northern California wildfires are still burning around the San Francisco Bay Area but weather has given firefighters a break. Fire commanders are reporting more humid conditions and less wind Monday rather than another feared round of gusts and lightning. But authorities stress that fire conditions remain dangerous. Six homeowners trying to check on their properties were surprised by fire and had to be rescued in San Mateo County, south of San Francisco. The death toll has reached seven since the fires broke out. Authorities used a helicopter to recover the body of a 70-year-old man who had been reported missing in Santa Cruz County.