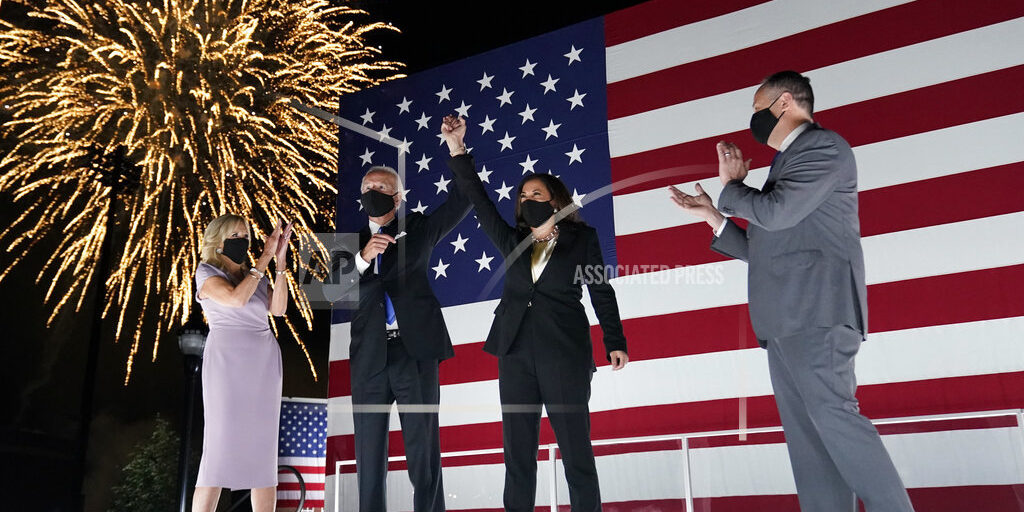 Wilmington, DE (AP) — Joe Biden has accepted the Democratic presidential nomination, vowing to take on national crises and declaring that “we will overcome this season of darkness.” Biden’s nomination marks the pinnacle — so far —of a political career that has spanned almost a half century. The former vice president, who at 77 years old would be the oldest president ever elected, was saluted by former Democratic foes as he became the party’s official standard bearer for the campaign against President Donald Trump in November. He focused on uniting the deeply divided nation as Americans grapple with a months-long health crisis, related economic devastation and a national awakening on racial justice.