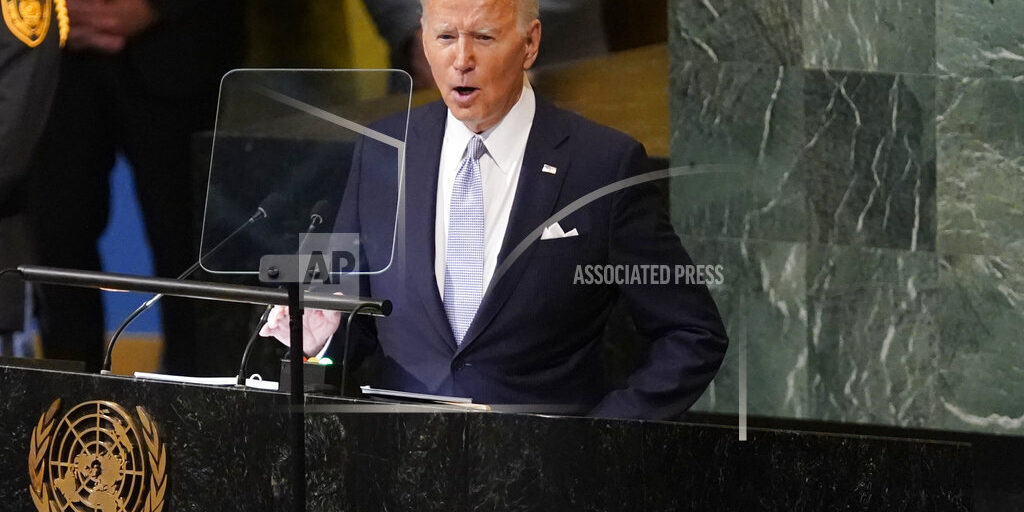 UNITED NATIONS (AP) — President Joe Biden has declared that Russia has “shamelessly violated the core tenets” of the United Nations charter with its “brutal, needless war” in Ukraine. Biden on Wednesday delivered a forceful condemnation of Russia’s invasion to the international body, saying abuses against civilians in Ukraine “should make your blood run cold.” He also said Russian President Vladimir Putin’s new nuclear threats against Europe show a “reckless disregard” for his nation’s responsibilities as a signatory of the Treaty on the Non-Proliferation of Nuclear Weapons. And he highlighted consequences of the invasion for the world’s food supply, pledging $2.9 billion in global food security aid to address shortages caused by the war and the effects of climate change.