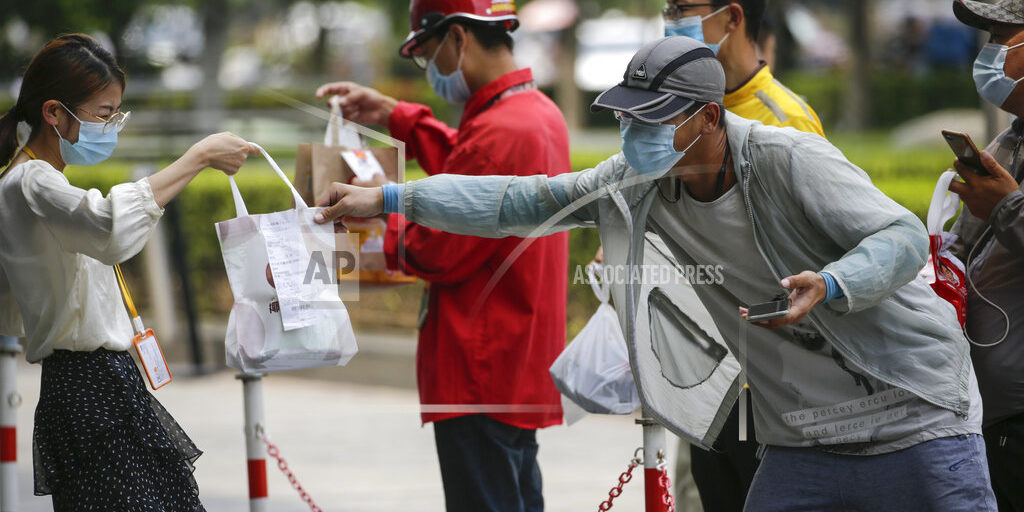 With Australia’s second-largest city Melbourne now in lockdown for two weeks, authorities had hoped the infection rate would begin to plateau. Instead, Chief Health Officer Brett Sutton says “we’re going to look at 500-600 cases per day. I absolutely don’t want us to go there.”

Face masks will become compulsory from Thursday for residents in lockdown regions when they leave their homes.

Six prisons in Victoria were placed into total lockdown on Tuesday after a staff member tested positive at one of the crowded facilities.

HERE’S WHAT YOU NEED TO KNOW ABOUT THE VIRUS OUTBREAK:

— A new study indicates that far more people — about 22% — have been infected with the coronavirus in India’s capital region than official figures show.

— With the coronavirus rebounding in parts of Spain, it appears Catalonia and other regions have not adequately prepared to trace new infections in what was supposed to be an early detection system to prevent a new cascade of cases.

— The federal Bureau of Prisons says more than 500 women have tested positive for the coronavirus at a Texas medical prison.

KATHMANDU, Nepal — Nepal’s government has ended a lockdown 120 days after it was imposed to control the spread of coronavirus.

Government and private offices would be fully functional from Wednesday and all private and public vehicles would be allowed back on the streets. All the markets, malls and shops would be also be allowed to open. However, airports and commercial flights would resume only on Aug. 1.

The lockdown was first imposed in March and it was renewed several times. The country has 17,994 confirmed cases and 40 deaths from coronavirus.

South Korea’s Centers for Disease Control and Prevention on Wednesday said at least 36 of the new cases came from the densely populated Seoul metropolitan area, where about half of the country’s 51 million people live.

The KCDC didn’t immediately confirm whether the numbers included a new cluster of infections discovered at a frontline army unit in Pocheon, north of Seoul, where at least 13 troops have reportedly tested positive.

The KCDC said 29 of the new cases were local transmissions and tied the other 34 to international arrivals as the virus continues to spread in Asia, the United States and beyond. The government also plans to send to send two military planes to Iraq on Wednesday to evacuate around 300 South Korean construction workers amid the spread of the virus there.

The country had reported four local transmissions on Monday, which was the lowest in two months, prompting a celebratory tweet from President Moon Jae-in who said the nation as winning its fight against COVID-19.

The Health Department reported that COVID-19 deaths rose by 915 to reach 40,400, the fourth highest total behind the United Kingdom at 45,507.

Mexico’s number of confirmed cases rose by 6,859 to 356,386, and the country now rivals Peru for the sixth-highest number of cases, but Mexico does so little testing that its number is considered vastly undercounted.

By Tuesday, Mexico had conducted just over 820,000 tests, or about one test for every 160 inhabitants. In recent weeks, 47% of all tests have com back positive, suggesting Mexico is mainly testing only those with considerable symptoms.

Health authorities indicated the country only has about 170,000 tests left, but left open the possibility of acquiring more.

DETROIT — A judge has ordered the Detroit school district to test more than 600 students who are participating in voluntary summer classes.

The order from U.S. District Judge Arthur Tarnow on Tuesday came in response to a lawsuit by critics who claim the in-person classes are risky for kids and staff. Students and teachers are required to wear masks, and desks are spread apart. The lawsuit followed days of protest outside bus yards.

Superintendent Nikolai Vitti said the district will comply with the testing order with assistance from the city health department. But he suggested the judge had exceeded his authority.

“It is insulting to our parents that they must have their children COVID-tested to receive public school services yet parents outside of the city can receive the same services without testing,” Vitti said.

AUSTIN, Texas — While some big cities in Texas are reporting signs that an alarming surge in cases of the coronavirus may be leveling off, officials in counties along the border with Mexico said the outlook there remains bleak.

Dallas County officials said the number of hospitalized coronavirus patients dropped below 1,000 on Tuesday for the first time in more than two weeks, and officials in Houston are seeing signs of optimism.

But along the border in Starr County, Judge Eloy Vera said “we’re very close to losing the situation” and plans to issue voluntary stay-at-home recommendations this week.

He said it would be similar to one issued Monday in Hidalgo County, which set a curfew and recommends that all nonessential businesses cease any activity that can’t be provided at curbside or by takeout.

The orders, however, are not enforceable under Republican Gov. Greg Abbott’s past mandates that do not allow local officials to set their own stay-at-home restrictions. Texas on Tuesday reported more than 9,300 confirmed new cases and 131 deaths, the state’s second deadliest day of the pandemic.

FORT WORTH, Texas — More than 500 women at a federal medical prison in Texas have tested positive for the coronavirus, in one of the largest confirmed outbreaks at a federal prison.

The Bureau of Prisons said the number of confirmed cases at the Federal Medical Center-Carswell in Fort Worth jumped to 510 on Tuesday, just two days after the Bureau of Prisons reported that 200 women there had tested positive for COVID-19, the illness caused by the coronavirus.

Only the federal prison in Seagoville, also located in the Dallas-Fort Worth area, had more infected inmates, with 1,156 cases as of Tuesday.

SAO PAULO — Brazilian authorities say the country’s Sao Paulo state has topped 20,000 deaths from COVID-19, while the nation as a whole has recored more than 80,000 fatalities due to the coronavirus.

Sao Paulo is Brazil’s most populous state, with 46 million people, and is the epicenter of the coronavirus pandemic in the South American country.

It has been enforcing social distancing measures since mid-March, but has never applied a full lockdown.

Sao Paulo Gov. João Doria replaced his health secretary this week, though he says the official left the post for medical reasons unrelated to the coronavirus.