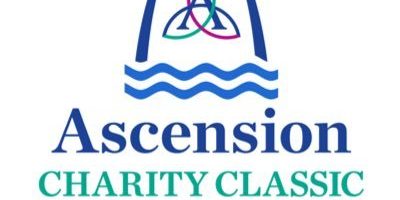 ST. LOUIS (August 19, 2021) – Officials of the Ascension Charity Classic presented by Emerson announced today
that major championship winners Bernhard Langer, Retief Goosen, Davis Love III, and Darren Clarke have
committed to compete in the first playing of the Official PGA TOUR Champions stop, which is scheduled for the
week of Sept. 6-12 at historic Norwood Hills Country Club.
No player has dominated the PGA TOUR Champions circuit over the past 10 plus years more than Langer. His
senior resumé includes 11 major championship titlesthree of which he grabbed in 2017 alonewith his latest
coming in 2019 at The Senior Open Championship presented by Rolex. The World Golf Hall of Fame member
won his fifth, and most recent, Charles Schwab Cup title in 2018, recording two wins and 14 top-10 finishes that
season. The same year Langer also secured a record eighth Jack Nicklaus Award as the PGA TOUR Champions
Player of the Year, and won a record-breaking seventh Byron Nelson Award as the Tour’s leader in scoring
average. The 63-year-old native of Germany has captured 41 PGA TOUR Champions titles to go with more than
$30 millionranked No. 1 all time on the PGA TOUR Championsin earnings since making his senior debut in

Goosen, 52, enjoyed a stellar rookie PGA TOUR Champions season in 2019. His 12 top-10 finishes over 23 starts,
including two runner-ups and his first senior title at the Bridgestone SENIOR PLAYERS Championship, resulted in
the Tour’s best scoring average (69.14) and Rookie of the Year honors. Goosen was the seventh player in Tour
history to win the scoring title as a rookie. He has continued his impressive play during his sophomore campaign,
adding another 12 top-10s, with three runner-ups and two third-place efforts. The South African is currently
ranked No. 6 on the Charles Schwab Cup Money List and No. 1 in Driving Distance with a 297.5-yard average.
Goosen’s PGA TOUR resumé consists of seven wins, including two U.S. Open Championship titles.
Love made his PGA TOUR Champions debut in 2014 and has since started a total of 25 career senior events. His
best finish came in 2016 when he finished third at the Mitsubishi Electric Championship at Hualalai. Since 2014,
the 57-year-old has also competed in 103 PGA TOUR events, grabbing his 21st TOUR victory at the 2015
Wyndham Championship. Also counted among Love’s TOUR wins is the 1997 PGA Championship title. He
competed in the PGA Championship each time it was hosted at Bellerive Country Club in St. Louis, finishing
finished T-33 in 1992 and missing the cut in 2018. Love is a two-time United States Ryder Cup Captain, losing by
one point to the European team in 2012 and then in 2016 at Hazeltine leading the U.S. to its first victory in eight
years. The World Golf Hall of Famer also suited up for international competition as a player on six occasions for
both the U.S. Ryder Cup and Presidents Cup teams.
(more)

Field Update Major Champs
Page 2, August 19, 2021
Clarke, 53, has recorded three PGA TOUR victories, including the 2011 Open Championship, and 15 international
wins. Since turning 50 in 2018 he has played in 51 PGA TOUR Champions events and grabbed 10 top-10 finishes,
including his first two senior titles this season in back-to-back starts at the 2020 TimberTech Championship and
2021 Mitsubishi Electric Championship at Hualalai. Clarke currently sits at No. 13 in the Charles Schwab Cup
rankings with six top-10 finishes, including a third-place outing to go with his two victories.
The Ascension Charity Classic presented by Emerson will be one of the premier Regular Season events on the

PGA TOUR Champions in 2021, which will give way to the Charles Schwab Cup Playoffsa season-ending, three-
tournament series used to determine the TOUR’s season-long champion. Due to the circumstances related to

the COVID-19 pandemic, PGA TOUR Champions has combined its tournaments in 2020 and 2021 to form one
season, and the next Charles Schwab Cup champion will be crowned Nov. 11-14, 2021 at the Charles Schwab
Cup Championship at Phoenix Country Club.
Tickets for the tournament can be purchased at ascensioncharityclassic.com. Two types of weekly admission
options are available, a Clubhouse Ticket as well as a Grounds Ticket. Daily tickets are also offered. Tickets start
at $20, and kids 16 and under can attend for free with a ticketed adult.
All three rounds of the Ascension Charity Classic presented by Emerson will be broadcast on Golf Channel.
Internationally, telecasts air in more than 170 countries and territories, reaching at least 340 million potential
households, and distributed in 15+ markets via GOLFTV.