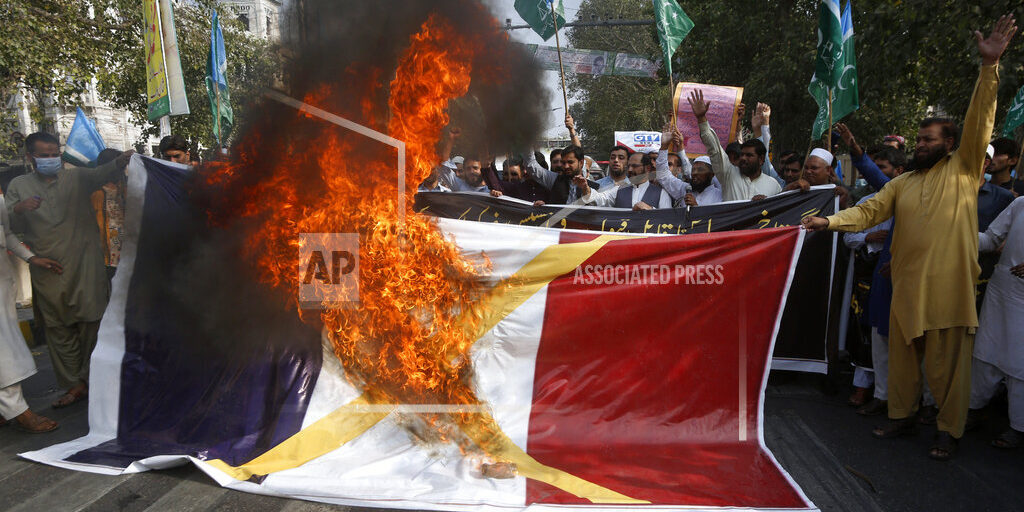 DUBAI, United Arab Emirates (AP) — Tens of thousands of Muslims, from Pakistan to Lebanon to the Palestinian territories, are joining anti-France protests, as the French president’s vow to protect the right to caricature the Prophet Muhammad continues to roil the Muslim world. Protesters on Friday, largely organized by Islamists, torched French flags and burned effigies of French President Emmanuel Macron following afternoon prayers. In Afghanistan, a member of an Islamist party warned the French president that insulting the prophet of Islam could ignite a third world war. The protests come amid rising tensions between France and Muslim-majority nations, which flared up earlier this month when a young Muslim beheaded a French schoolteacher who had shown caricatures of the Prophet Muhammad in class.