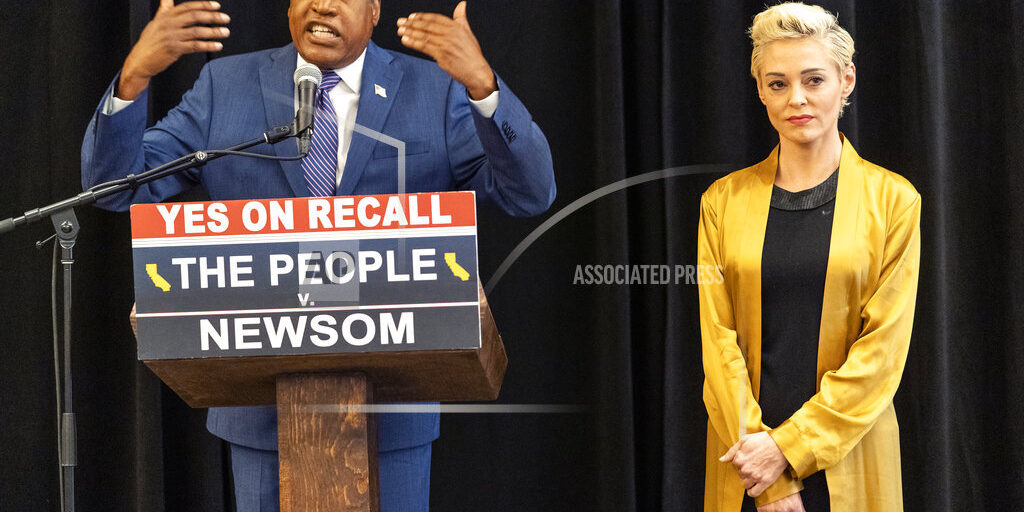 LOS ANGELES (AP) — In a blitz of TV ads and a last-minute rally, California Democratic Gov. Gavin Newsom urged voters to defeat a looming recall that could remove him from office. Meanwhile, leading Republican Larry Elder broadly criticized the media for what he described as double standards that insulated Newsom from scrutiny throughout the contest. The late-summer weekend was a swirl of political activity, as candidates staged rallies, continued bus tours and cluttered the TV airwaves with advertising offering their closing arguments in advance of the election that concludes Tuesday. Newsom is expecting President Joe Biden on Monday for a capstone get-out-the-vote rally in Long Beach.