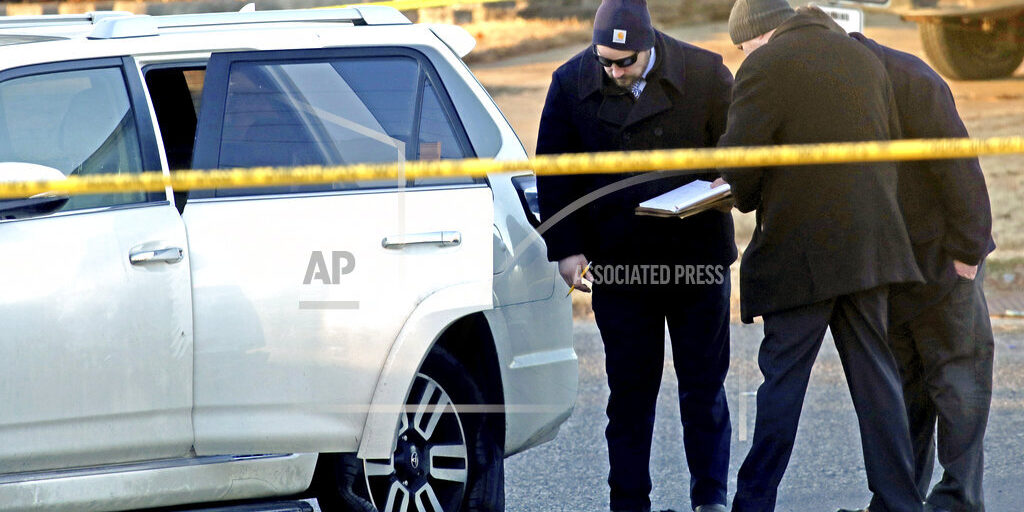 ST. LOUIS (AP) — Authorities say two St. Louis officers were hospitalized after being shot in neighboring Ferguson and a man who fired at them has died after being shot by police. Police Chief John Hayden says the two officers, both in their 20s, were in a marked squad car together around 1 p.m. Wednesday when they spotted a vehicle believed to have been linked to an overnight killing. They followed the vehicle into Ferguson, where police say the driver lost control and the vehicle stopped. The occupants fled on foot and at least one fired officers, who returned fire. One officer was struck in the abdomen and critically wounded. The other was struck in the leg. Police say the man who was shot by police was taken to a hospital and died.